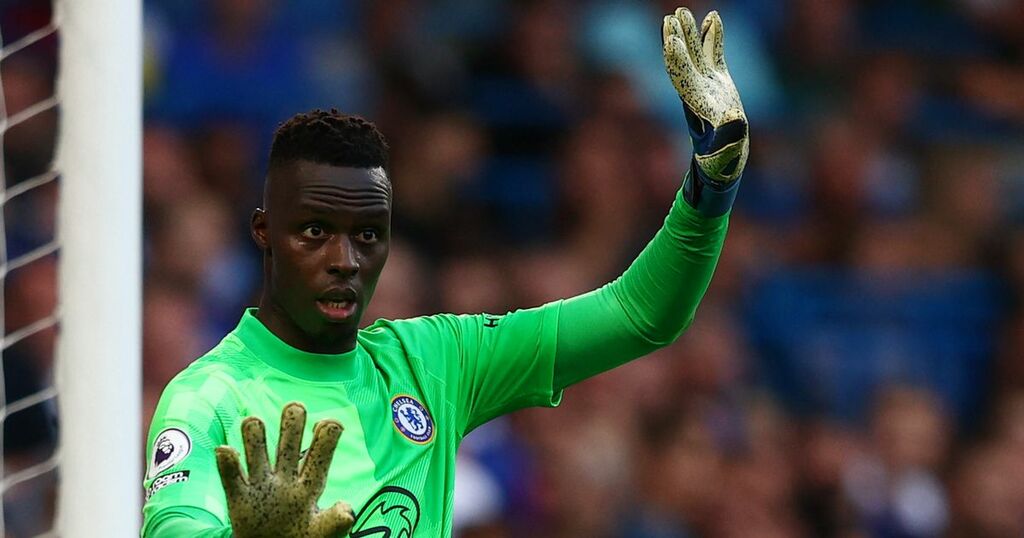 It was a phone call by Petr Cech that finally convinced Edouard Mendy his boyhood dream was close to becoming a reality, that Chelsea were going to make him their new goalkeeper.

"I tried not to think about it because Chelsea are a pretty big deal and I'd come a really long way," Mendy recalled in an interview with UEFA last month. "But when the phone conversations started escalating, I realised that there was real interest from Chelsea and that I had to go for it.

"I told myself that Chelsea might sign another goalkeeper, but Petr [Chelsea's technical director] called me. He said: "Listen, only one goalkeeper is going to sign for the club, and it will be you. I only want you." When a keeper like Petr, with the career he had and being the Chelsea legend he is, tells you that, it calms you down a bit."

It was on September 24, 2020, that Mendy completed his move from Rennes to Chelsea for a fee of £22million. From the outset, there was huge pressure on the goalkeeper's shoulders. The Blues needed his signing to pay off with Kepa Arrizabalaga's confidence at its lowest ebb and form non-existent.

Mendy did just that. The 29-year-old kept five clean sheets in his opening six Premier League matches. There were also three consecutive shutouts in the Champions League group stage, some achievement for a goalkeeper who had never played in UEFA's premier club competition.

"Those clean sheets have shown big parts of his game; he's made saves in moments in games that have certainly helped us, where if the goal had gone in the games could have gone another way," Frank Lampard said last November.

"I think there is going to be a lot more to come, and with his attitude which is key. I've seen how he wants to work and how he wants to be, and the humility in him, I think he can go much further, in many departments."

The serenity Mendy transmitted did dissipate for a few weeks last winter. A couple of uncharacteristic mistakes were made as Chelsea's form crumbled. Lampard eventually paid the price for that. Enter Thomas Tuchel.

Chelsea's transformation under the German coach has been well documented. We certainly do not have to go into the miniature of it here. What's clear, however, is everything Tuchel has achieved – a top-four finish and Champions League win – has been based on a well-organised and resolute defence. Mendy has played a huge part in that.

The Senegal international has started 28 matches under Tuchel. Many of these have been against several of Europe's best: Atletico Madrid, Real Madrid, Manchester City, Liverpool, Manchester United. Yet Mendy has kept more clean sheets in that time (18) than he has conceded goals (15). It is quite astonishing.

Of course, Chelsea's defenders have played their part in that record. Thiago Silva has been flawless when called upon. Andreas Christensen and Antonio Rudiger have established themselves as two of Europe's finest centre-backs this year. And Cesar Azpilicueta is the model of consistency.

But Mendy has produced in big moments – think his save to deny Karim Benzema in last season's Champions League semi-final second leg – and continues to do so on an almost weekly basis.

"We can't praise him enough because he is doing fantastically," Tuchel said in May. "He comes not only from Ligue 1 to the Premier League but from a club that is not used to playing every three days.

"Now he is at a club where there's a match every three or four days. His concentration has remained incredibly high and that's what you have to deliver as a goalkeeper.

"We are very happy to have Edou who is a very calm and humble person. This calmness helps him during matches to influence the defenders."

Mendy's appearance against Zenit last night was his 50th for Chelsea and ahead of kick-off, he was presented with his UEFA Goalkeeper of the Season award. It was a much-deserved honour and, naturally, he marked the occasion by keeping a clean sheet, his 29th for the Blues.

There were scares along the way – Artem Dzyuba somehow missed from close range late on – but Mendy, as he has only ever done in his Chelsea career, walked off the pitch without having conceded in a Champions League game at Stamford Bridge.

What Mendy has achieved in less than a year at Chelsea is remarkable. His achievements are even greater when we remember that at 22 years old, he was having to take unemployment benefit after being released by French side Cherbourg.

He is an example to all as to what can be managed through sheer perseverance and force of will. "I had many doubts during that time," he told Goal last season, "but it was thanks to my family who helped so much to keep me strong.

"I had my doubts over whether to carry on but I look now and say it is thanks to those that I am where I am today and my family are able to benefit from where I have got to with football."

Mendy has a contract with Chelsea until 2025 and it will be no surprise if that is extended in the coming seasons. He is everything the Blues needed in a goalkeeper: modest, reliable, peerless. Just like the man who helped make his Stamford Bridge dream a reality.