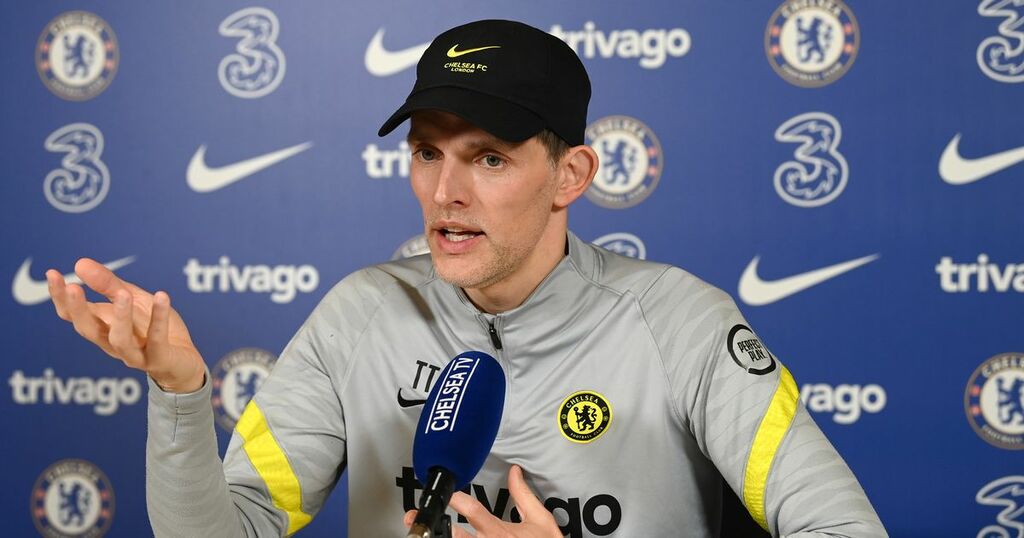 Chelsea boss Thomas Tuchel has moved to shut down Arsenal’s hopes of receiving a transfer boost in their battle to finish in the top four of the Premier League.

The Gunners sit fifth, two points off West Ham who currently occupy the final Champions League qualification place, though Mikel Arteta’s men do have a game in hand over the Hammers.

Despite a £150million summer spending spree, Arteta is again set to splash the cash in the final weeks of the January transfer window as he looks to boost his squad.

One of the main areas he is looking to improve is in central midfield, with Grant Xhaka suspended while Thomas Partey and Mohamed Elneny are away at the Africa Cup of Nations.

HAVE YOUR SAY! Is Thomas Tuchel right to have shut down Arsenal's transfer plans? Comment below.

One potential target who has emerged for the Gunners in the past week is Juventus star Arthur Melo.

The 25-year-old is not part of Massimiliano Allegri’s plans at the Allianz Stadium, with Juve prepared to sanction a loan move.

Arsenal had become his most likely destination as Arteta looks to solve his problems in midfield, with Arthur filling that gap.

But according to various reports in Italy, via Football Italia, Juventus want to bring in a replacement before they allow the Brazilian to leave.

The player they wanted to replace Arthur in their squad with is Chelsea star Ruben Loftus-Cheek, who has failed to hold down a regular place in Thomas Tuchel’s squad.

He has started just nine games in all competitions this season, with Juventus a potentially attractive destination given his struggles for game time at Stamford Bridge.

But while the likes of Mateo Kovacic, N’Golo Kante, Jorginho and Saul Niguez are all ahead of him in the pecking order, it still appears that Tuchel is set to dash Arsenal’s hopes.

Instead of going out on loan for the third time in his Chelsea career, Tuchel believes he should stay at Stamford Bridge.

Outbreaks of Covid-19 and injury issues have led to many squads creaking in recent weeks, forcing postponements.

And perhaps in light of that Tuchel has insisted that the best place for the midfielder is at the Blues, rather than in Italy.

The German also revealed that there had been no discussions over Loftus-Cheek’s future, despite the reports of Juventus’ interest.

“We haven’t talked about it, he’s had a lot of game time, I would say,” Tuchel said ahead of Chelsea’s trip to Manchester City.

“If you look at the last years and look at this season, I think he’s had a lot of game time and lot to fight for here. We talk about Ruben [and that’s] my personal opinion.”

Loftus-Cheek was named on the bench for the Blues crucial clash with City, which Tuchel’s men needed to win to keep their faint Premier League title hopes alive.

His most recent appearance came on Wednesday, when he came on for the final eight minutes of the Blues’ Carabao Cup semi-final second leg win over Tottenham.