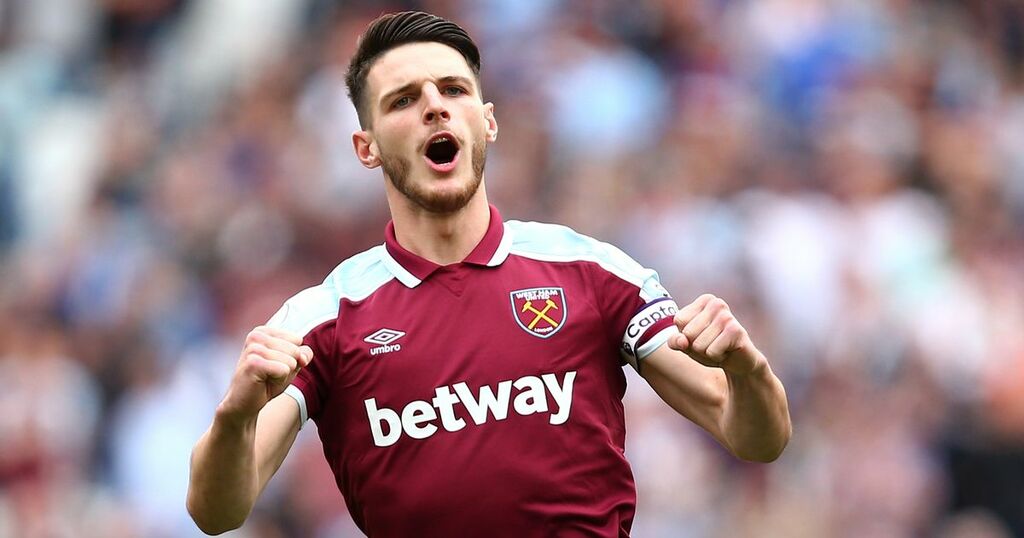 It's no secret that West Ham United midfielder Declan Rice is a player in high demand for a number of clubs.

The 22-year-old is adored by Hammers fans who would love to tie him down to a new deal at the London Stadium, though Rice has plenty of suitors elsewhere should he choose to leave.

Manchester City and Manchester United have both been strongly linked with a potential £100million move for the midfielder next summer, but it's Chelsea's interest in Rice that will keep Crystal Palace fans on the edge of their seats because of what the repercussions of such a deal might mean.

This summer they also added Atletico Madrid's highly-rated Saul Niguez on loan with the option of making the deal permanent, and have been linked with a move for AS Monaco's midfielder Aurelien Tchouameni.

Should they then pull off the marquee signing of England international Rice then it's likely Chelsea director Marina Granovskaia would need to raise some funds from elsewhere in the squad.

This might mean current loanee Conor Gallagher, who has enjoyed a brilliant start to his time on loan at Crystal Palace this season, could be available for the Eagles to attempt to sign on a permanent deal.

The 21-year-old, who on Tuesday night played the full 90 minutes for the England Under-21s against Kosovo, would no doubt be keen to stay at Stamford Bridge and fight for a place in Thomas Tuchel's side.

After his two goals against West Ham for Palace in August, the midfielder spoke of how he'd like to emulate fellow Chelsea academy graduate Mason Mount, who in the last few years has become one of the first names on the teamsheet for both the Blues and for England.

Palace fans have been in this situation before with another West London loanee. At the end of the 2017/18 season Palace fans had hoped to make Ruben Loftus-Cheek 's move a permanent one after he impressed on loan at Selhurst Park under Roy Hodgson.

That deal never happened though and Loftus-Cheek, now 25, is no closer to earning a regular spot in Chelsea's midfield than he was when he left the club to join Palace four years ago.

Gallagher will also be aware of those players that have moved on from Chelsea over the last few months, with no less than nine academy players leaving over the summer to find regular football.

Palace teammate Marc Guehi was one of those players who sought pastures new, leaving Cobham along with other prospects such as Fikayo Tomori, Tino Livramento and Lewis Bate.

Should Gallagher continue on his current trajectory then there's every reason Chelsea will want to keep him around at Stamford Bridge, though Palace fans will be hoping the youngster might instead see his long-term future in SE25.