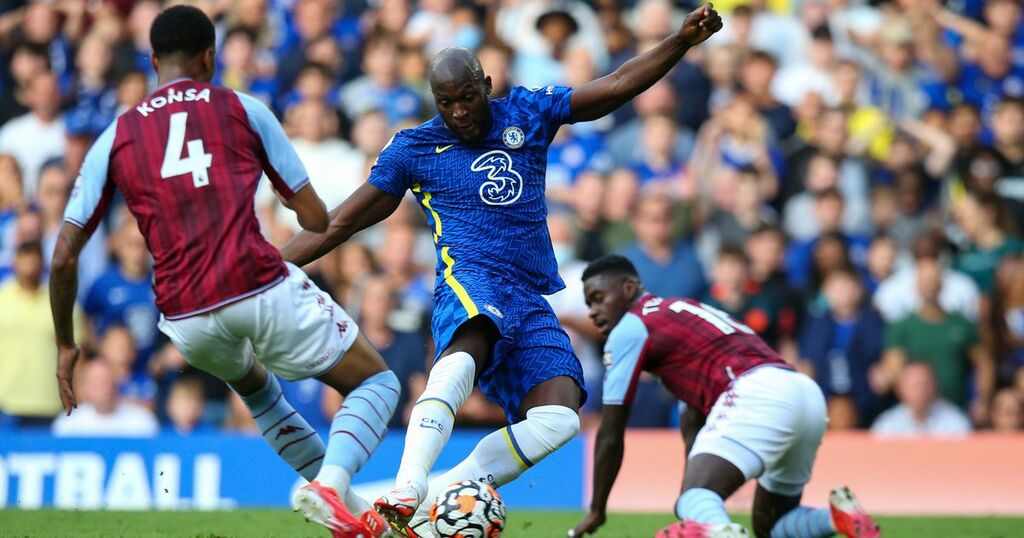 Chelsea ensured they kept pace with Manchester United at the top of the Premier League with a 3-0 win over Aston Villa.

Dean Smith's visitors did impress for large spells of the second half, but fell behind when Romelu Lukaku raced through to fire past replacement goalkeeper Jed Steer - who was in for the quarantining Emi Martinez.

Mateo Kovacic doubled the Blues' lead early in the second half when an error from Tyrone Mings allowed the Croatian through, with the midfielder finishing smartly.

Villa had their chances, but impressive goalkeeping from Edouard Mendy kept them at bay, before Lukaku grabbed his second late on.

Here are the main talking points.

For Lukaku it was a goal that was 10 years in the making.

The Belgian never scored on his first spell at Chelsea, when his youth and the skepticism of Jose Mourinho counted against him.

But here he was marking his return with a fine run and finish for the opener, his first Stamford Bridge goal.

He will continue to get goals where he plays, and on a day when a certain new signing in Manchester took the headlines, don't forget him.

Kovacic is a fine player and one who regular Chelsea watchers will tell you is a little underrated.

Perhaps he would garner more attention if he added more goals to his game though, like the one he scored here after the error from Tyrone Mings at the back.

The England defender was sloppy and allowed the Croatian in to effectively seal Chelsea's win, and the way that he finished it indicated that he should perhaps he on the scoresheet more often.

Villa were more than a little unfortunate to find themselves behind at the break, and then even further behind when Kovacic scored.

Dean Smith's men had taken the fight to their hosts and were very much in the game, only denied by a couple of fine stops from Edouard Mendy.

They might still be ruing the painful loss of Jack Grealish, but there are plenty of positives to see in their team too.

It was in the third game of Chelsea's 2020-21 season that Frank Lampard took off Marcos Alonso at half-time when the Blues were 3-0 down at West Brom, and the Spaniard never played for him again.

The left-back seems to have usurped Ben Chilwell in the manager's plans, and he's grown into a vital player for Lampard's successor.

So three wins from four, with the only game in which a win wasn't achieved coming at Anfield when they had 10 men, and conceded their only goal so far to a penalty.

It is all very rosy in the Chelsea garden.

As the big clubs begin to make their moves this season, the Blues have already showed that any team that finishes above them could well be champions.