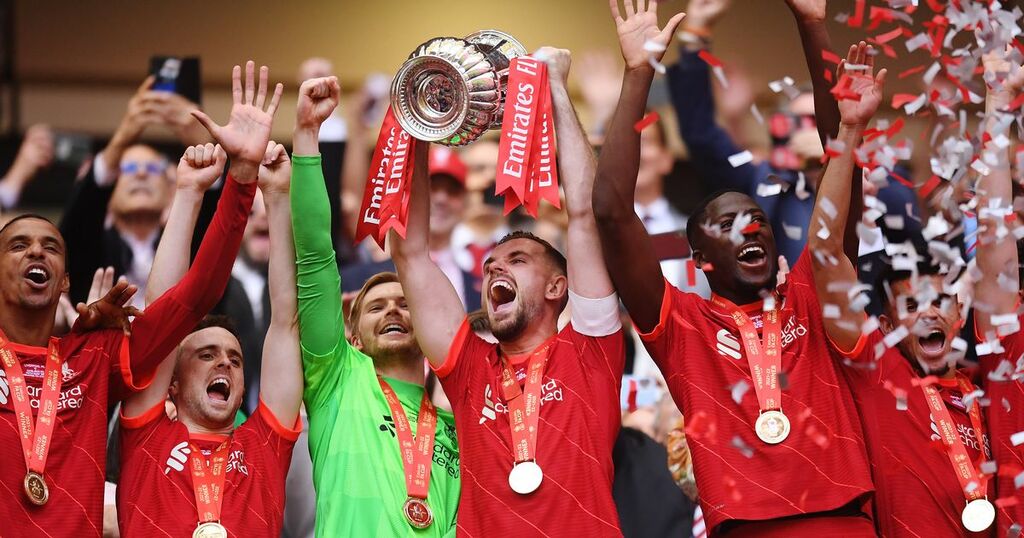 Alisson gave a towering performance which culminated in a decisive save, while Romelu Lukaku had a day to forget

Just 76 days after the Reds edged past Thomas Tuchel’s men on penalties following a scoreless Carabao Cup final, Wembley witnessed another gripping clash between these sides that went down to the wire.

Nothing could split them after 90 minutes and extra time again, with Alisson coming up trumps in the shoot-out as Liverpool won their first FA Cup since 2006.

Edouard Mendy prevented Sadio Mane striking the winner after Cesar Azpilicueta had hit the post, only for the Brazil goalkeeper to deny Mason Mount before Kostas Tsimikas struck to seal a 6-5 win.

While the quadruple may eventually prove out of reach given Manchester City’s Premier League advantage, Jurgen Klopp’s Reds still have a shot at Champions League glory to come as a superb season heads towards a memorable conclusion.

Wembley was rocking to Liverpool’s beat at full-time, just as it was in the opening minutes as they flew out the blocks.

But Chelsea saw out the early storm and began to ask questions at the other end in a first half that saw Reds star Mohamed Salah limp off injured.

Marcos Alonso’s audacious free-kick hit the bar during a rampant Chelsea start to a topsy-turvy second period, which ended with Luis Diaz and Andrew Robertson striking the post for Liverpool.

That pulsating half made way for a tepid period of extra time between exhausted sides that raised themselves for penalties, which ended with red smoke and Liverpool cheers filling the air.

Alisson gave a towering performance which culminated in a decisive save, while Romelu Lukaku had a day to forget