Chart Wars: Why Ford And Lucid Stocks Look Ready For Big Moves In 2022 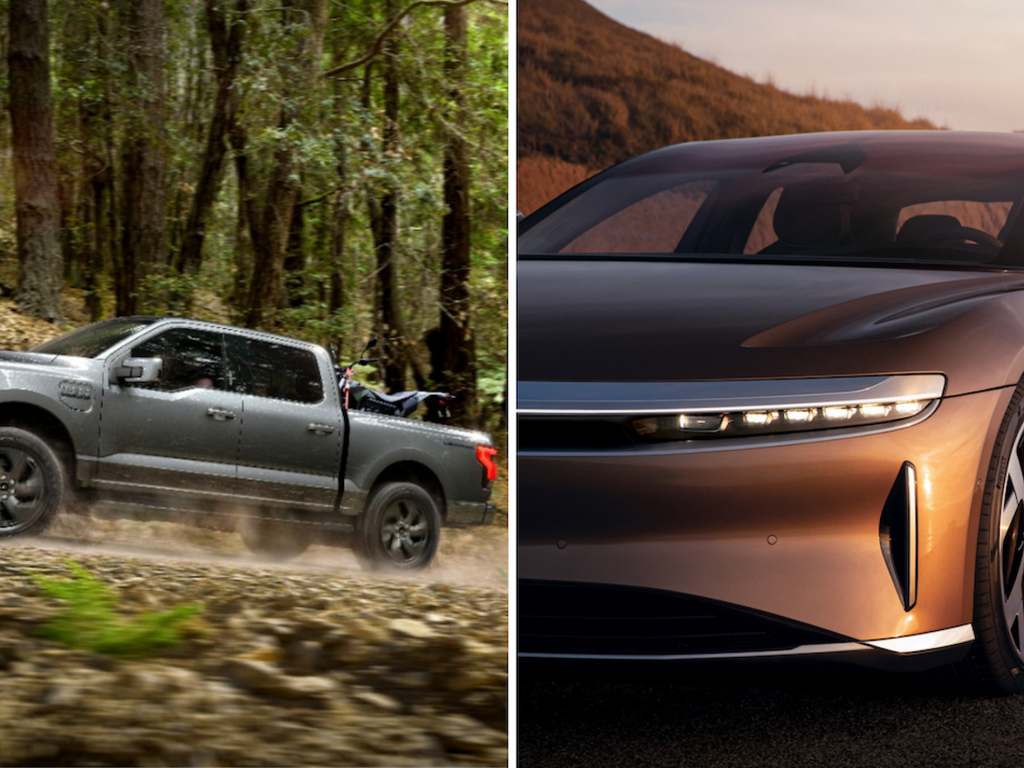 Ford Motor Company (NYSE:F) and Lucid Group Inc (NASDAQ:LCID) were consolidating on Monday despite the SPDR S&P 500 ETF Trust (NYSE:SPY) tanking more than 2% at one point off Friday’s closing price.

The two automakers have outperformed the general markets over the past five trading days with Ford trading up more than 9% and Lucid trading 8.8% higher compared to the SPY, which has plummeted over 4% since reaching an all-time high of $479.98 on Jan. 4.

Ford and Lucid look strong heading into 2022 as the electric vehicle race continues to accelerate, with expectations that consumers will have about 40 types of EVs to choose from by the end of the year.

Ford and Lucid have both settled into bullish patterns on their daily charts and the consolidation taking place on each stock may provide traders with an opportunity to take a position. Ford has created a bullish double bottom pattern while Lucid is settling into an inside bar formation.

It should be noted that events such the general markets turning bearish, negative reactions to earnings prints and negative news headlines about a stock can quickly invalidate bullish patterns and break outs. As the saying goes, "the trend is your friend until it isn't," and any trader in a bullish position should have a clear stop set in place and manage their risk versus reward.

See Also: How Electric Vehicle Battery Trends Could Shape Up In 2022

In The News: Ford’s highly anticipated F-150 Lightning pickup truck will begin deliveries in the spring, beating competitor General Motors Company (NYSE:GM)-owned Chevrolet Silverado to the market by about two years. Both legacy automakers have opened reservations for their pickup trucks and experienced a high level of customer interest.

Lucid, which began deliveries of some of its Lucid Air models in the fourth-quarter of 2021 expects to increase production to 20,000 units this year. The electric vehicle start-up, which went public through a SPAC in September 2020, also announced on Twitter Jan. 4 it plans to expand into the European market later this year.

Want direct analysis? Find me in the BZ Pro lounge! Click here for a free trial.

The Ford Chart: On Monday, Ford was consolidating nicely in a sideways trading pattern. The consolidation is needed because the stock’s relative strength index (RSI) has been running high in overbought territory since Jan. 3.

The Lucid Chart: Lucid reached a high of $57.75 on Nov. 17 before entering into a steep downtrend that brought the stock to the $35.72 level. Lucid then traded sideways in consolidation until Jan. 7 when the stock bust up through $42.74 level to print a higher high.