Charlotte Crosby has showed off her blossoming baby bump while dropping a huge hint that Geordie Shore reunion filming could be about to start.

Geordie Shore original Charlotte, who shot to TV fame in series one back in 2011, broke the news of her pregnancy on Instagram last month when, sharing a video of some of the key moments of her baby journey so far, she wrote: "A moment I wasn’t sure would ever be mine Is here, it’s mine (and Jakes) and i couldn’t be happier to be sharing it with you all……Im having a baby."

A few weeks later, Charlotte posted a photo of her holding up her scan pictures and told her millions of Insta followers: "While we were on holiday I literally stared at my scan pictures every single second of the day, like that’s our baby! Growing inside of me, I’m holding up my absolute favourite scan picture! Going into my scans was completely new to me, I was so nervous for so many reasons after my EP (ectopic pregnancy). I’m high risk for complications BUT seeing the baby in the correct place with a healthy beating heart At our first ever scan was nothing short of a miracle to me and my partner."

As well as sharing her baby news with the world on Instagram, Sunderland born star Charlotte was rumoured to have announced her pregnancy to Geordie Shore cast members past and present at a filmed event in Newcastle on the same night, as rumours swirled of a reunion series for the MTV show.

It's since been confirmed that not only will there be a Geordie Shore reunion series, but Charlotte will play a pivotal role in getting everyone back together, along with Sophie Kasaei, Holly Hagan and Marnie Simpson. And now, the girls, minus Marnie, have all jetted off, to join the likes of Chloe Ferry, Nathan Henry and Bethan Kershaw for what is believed to be the group holiday segment of the reunion show.

And it was whilst posing on her hotel balcony, that Charlotte showed off her growing baby bump, as well as hinting that filming was happening in the VERY near future. Next to a photo of her in a bikini cradling her bump, Charlotte wrote: " Just the beginning of taking my little bump with me on a crazy adventures, can’t wait to point to the tv and say “you were in mammy's belly there!" She accompanied the snap with a string of emojis including a TV set and camera, with Holly, hose wedding is also set to feature in the reunion series, reacting: "My heart." 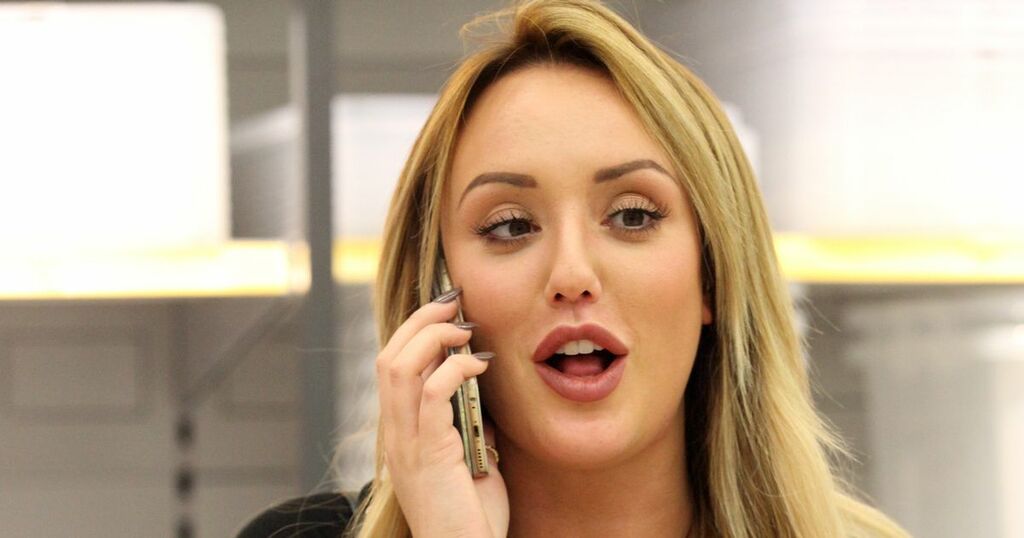