It may not have been a perfect performance but coach Niko Papaspiropoulos was buoyed by Charlestown's ability to win some key moments in a "crucial" 1-0 victory over Newcastle Olympic last weekend.

The result kept Azzurri in fourth place, on 12 points, and also opened up a six-point gap on Olympic (6) in sixth.

It was a tight affair with both teams creating chances.

The difference was Charlestown took one of theirs, when Courtney Anderson scored with a spectacular, left-footed effort from outside of the 18-yard box midway through the second half.

Young goalkeeper Mia Wallace also pulled off a match-winning save late in the encounter, tipping Paige Kingston-Hogg's free kick over the bar.

"It was a matter of being good in the key moments and Court had another great game for us and a moment of class to put it away," Papaspiropoulos said.

"Then Mia, in goals, saves a good free kick. The girls showed a bit of composure and discipline in the second half to ride it out and get over the line. We need to build on that and try to get 90 minutes where we can try to control a game and show that composure.

"The midfield worked really hard, Summer [Taube] did well in there, and Maddie [Thornton] and Lori [Depczynski] were really solid at the back. It was a holistic performance in the sense of we just have to find a way to win."

A composed and disciplined performance will be required when they take on second-placed Broadmeadow (18) at Magic Park in round nine of NPLW NNSW on Friday night.

Magic were 3-1 winners when the two sides met at Allen Davis Field in round two.

Fullback Ash Gavin is in some doubt for the clash on Friday night.

Gavin and teammate Nicki Jones clashed early in the Olympic game with both needing medical attention on the sideline before returning to the pitch.

Gavin played out the first half but left the game at the break with a cut to her cheek requiring stitches. 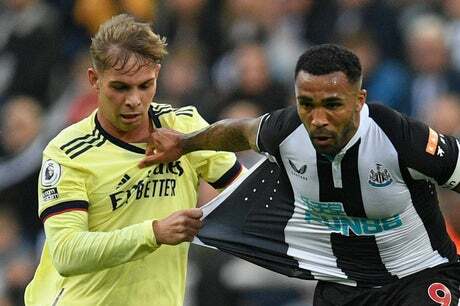 She missed the start of the season with a fractured tibia.