Charles Barkley would like Derek Carr to stop overthrowing his receivers 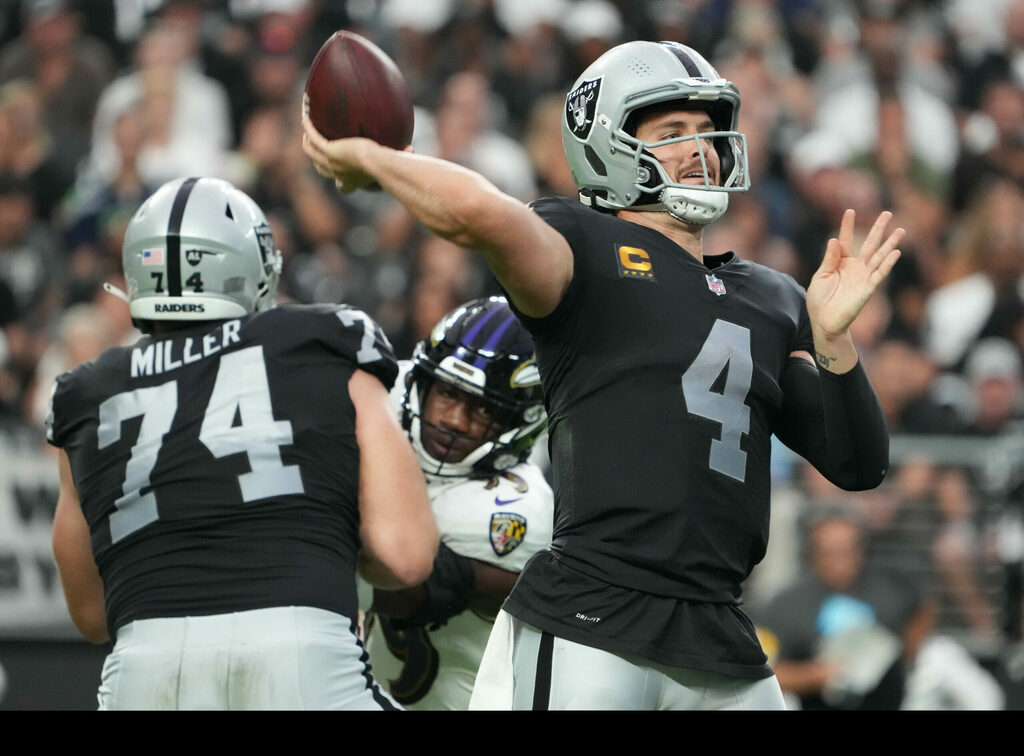 To put it kindly, things did not start out well for the Raiders’ passing game against the Ravens on Monday Night Football. In the first quarter, Derek Carr completed two passes on 10 targets for 22 yards, he missed a wide-open Henry Ruggs III deep downfield on what turned into a nine-yard dumpoff to fullback Alex Ingold, he had at least two dropped interceptions, and tight end Darren Waller caught just one pass on seven targets because Carr was airmailing footballs everywhere except in Waller’s vicinity.

On the ESPN MegaCast version of MNF with Peyton and Eli Manning (which has been awesome), the Manning brothers were joined by NBA legend Charles Barkley, who played just one day of football in his life, but had no issue sorting out the problem after a particularly egregious attempt in Waller’s general vicinity.

“is this dude gonna overthrow everybody all night long?”

Perhaps Barkley was offended that Carr’s throws have resembled Barkley’s golf swings more often than not.