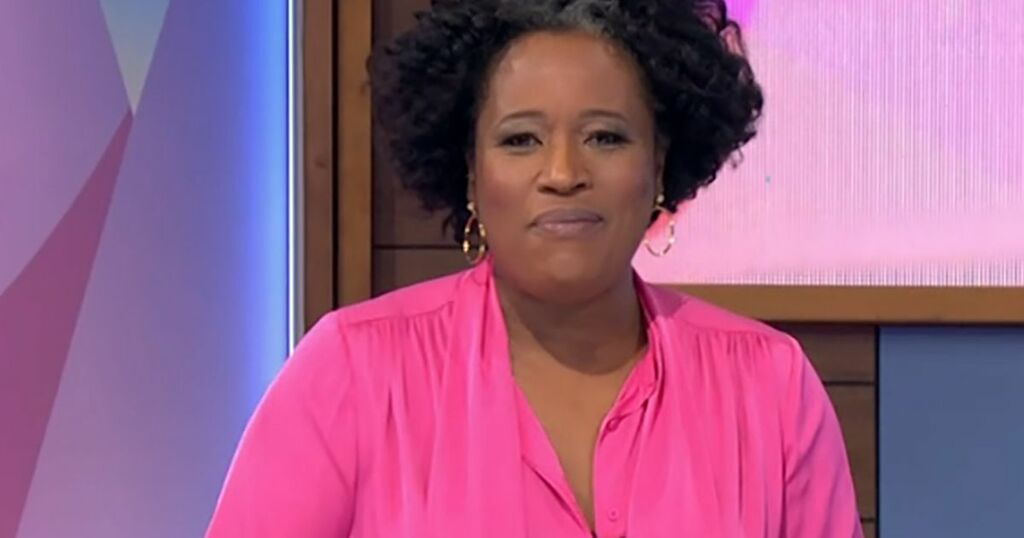 Charlene White has a bizarre phobia of bananas - and her fear has resonated with Loose Women viewers.

The panellist appeared on Loose Women today alongside Jane Moore, Brenda Edwards and Gloria Hunniford, and during a discussion about fears, Charlene confessed to having a phobia of the fruit.

She revealed she doesn't like looking at them or touching them - let alone eating them.

Speaking on the show, she said: "Do I have fears? There is just one fear and I know it's going to sound really weird but it's bananas. I don't like bananas; they smell awful, I think they look awful - oh God I don't like touching them. I don't eat them or anything.

"I know they're important for my kids to eat and they love bananas because I hide my fear from my kids. They're probably not aware that I don't eat them at all because I don't want to pass it onto them.

"My dad claims I ate bananas up until the age of two and a half and then refused to touch them after that."

And viewers took to social media to confess they had a similar fear.

" @loosewomen @CharleneWhite you aren’t alone with the banana phobia. I’ve also had one since young after vomiting after eating one running round the park. I can’t even bare to see one, it sends me into a real panic #bananaphobia #LooseWomen," one wrote.

Whilst another added on Twitter : "I also have a phobia of bananas @loosewomen #LooseWomen first time I’ve ever heard someone with the same fear! I feel validated!"

A third shared: " @loosewomen Bananas are one of my biggest fears!!! Glad I’m not the only one!"

It comes after Charlene revealed her reason for not wearing a poppy in the lead up to Armistice Day.

In a statement at the time, she said: "I support and am patron of a number of charities, and due to impartiality rules, I am not allowed to visually support them all whilst presenting news programmes.

"That includes things like a red ribbon for World Aids Day, or a purple band for Bowel Cancer Awareness Month.

"Both these and many more charities do great things in the UK, but I'm not allowed to give them exposure on screen. So I feel uncomfortable supporting just one charity above all others, namely The Royal British Legion, but I fully support my colleagues who do choose to wear the poppy on screen."