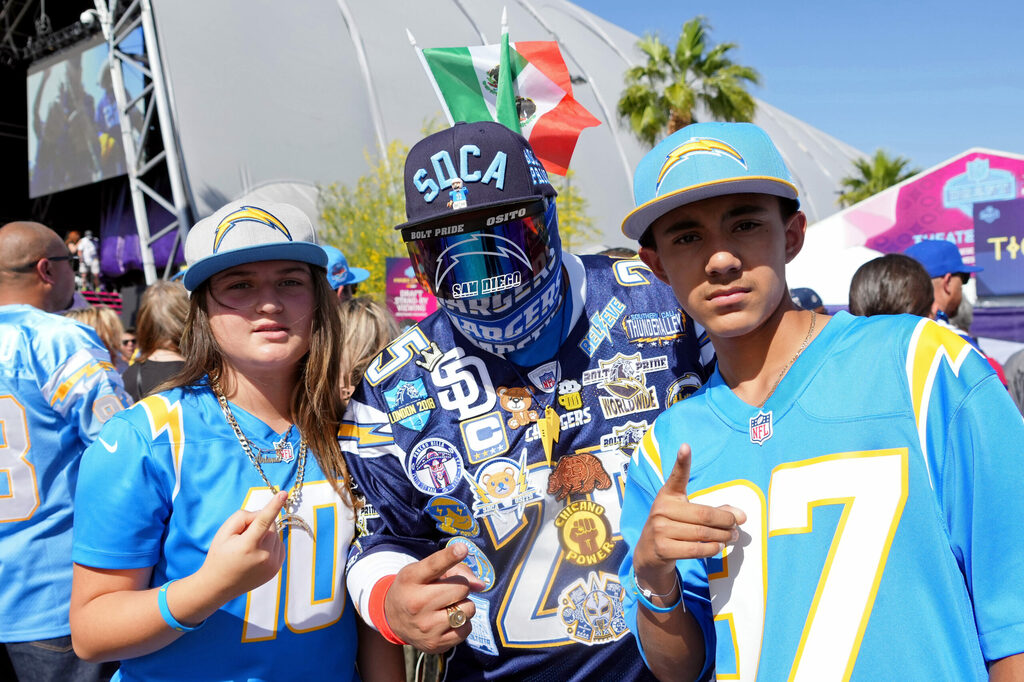 Los Angeles Times
Get all your news in one place
Latest Entertainment news:

Input
From analysis to good news, read the world’s best news in one place
Christian Bale is eerie, unholy in new 'Thor: Love and Thunder' trailer

1. I got into the NFL schedule release hype in yesterday’s Traina Thoughts and wrote about what a spectacle the day has become.

One of the notable aspects of NFL schedule release day is how individual teams release their schedules on social media.

The announcements have become more creative, more grandiose, more outlandish. Teams are basically making mini movies now to announce their schedules and a lot of them are quite impressive.

There were a few teams that really stood out Thursday for their social media efforts.

The team that got the most buzz was the Chargers, thanks to their use of anime.

But it was really the shots–or “shade” as the kids say—they took at other teams that stood out. Just look at how the Chargers announced their Week 5 game against Deshaun Watson and the Browns.

And even though Urban Meyer is no longer the Jaguars’ coach, the Chargers’ video team still managed to jab the disgraced former coach.

While it’s impossible to top the Chargers’ performance, my personal favorite schedule release video came courtesy of the Panthers. Why? It’s very simple and straightforward. If you use Montell Jordan’s “This Is How We Do It” in your video, you automatically win the award for Best Video.

The Panthers threw back to the early 1990s and gave us a taste of AOL, the Discman and more while Jordan’s classic played throughout.

Technically, the Seahawks didn’t send out a “schedule release.” It’s actually the opposite of a schedule release. The team gave their players a fake schedule that saw a wild run of road games, no bye week after a game in Germany and some other things that wouldn’t sit well with players. The reactions were spectacular with coach Pete Carroll even getting in on the action.

The Giants had Eli Manning show off his comedic chops to announce their schedule. “Who are the Commanders?” Eli asked when Washington came up on New York’s schedule. “Double birds!” Eli shouted when the Eagles appeared on the Giants’ schedule. Just well done all around.

Last but not least, we have the Lions, who went with a self-defense training video to announce their 2022 games.

2. NFL Network’s Rachel Bonnetta celebrated the schedule release by counting down until the opening regular-season game with a song called “18 More Sundays to Go.”

3. The aftermath of the Heat eliminating the Sixers last night was filled with amazing moments.

Miami forward Jimmy Butler, who used to play for Philly, was caught on camera saying, “Tobias over me.”

And Stephen A. Smith called for an investigation into Harden’s performance.

4. Pat McAfee’s show was knocked off the air Thursday after the building next to his studio caught on fire.

5. Today was Kay Adams’s last day on Good Morning Football. Here are her closing moments from the show.

6. With Tom Brady and Fox Sports announcing a massive deal Tuesday, there was no one better to have on this week’s SI Media Podcast than Andrew Marchand.

In addition to the big Brady story, we also discussed who could replace Adams on GMFB, Formula One’s strong ratings, the call of the Kentucky Derby shocker, how the USFL is doing and much more.

Following the conversation with Marchand, Sal Licata from WFAN and SNY in New York joins me for our weekly “Traina Thoughts” segment. This week’s topics include the stupidity of baseball’s unwritten rules, the success of HBO’s Winning Time, the NFL’s Week 2 Monday night doubleheader and more.