Chargers’ players of the game vs. Washington 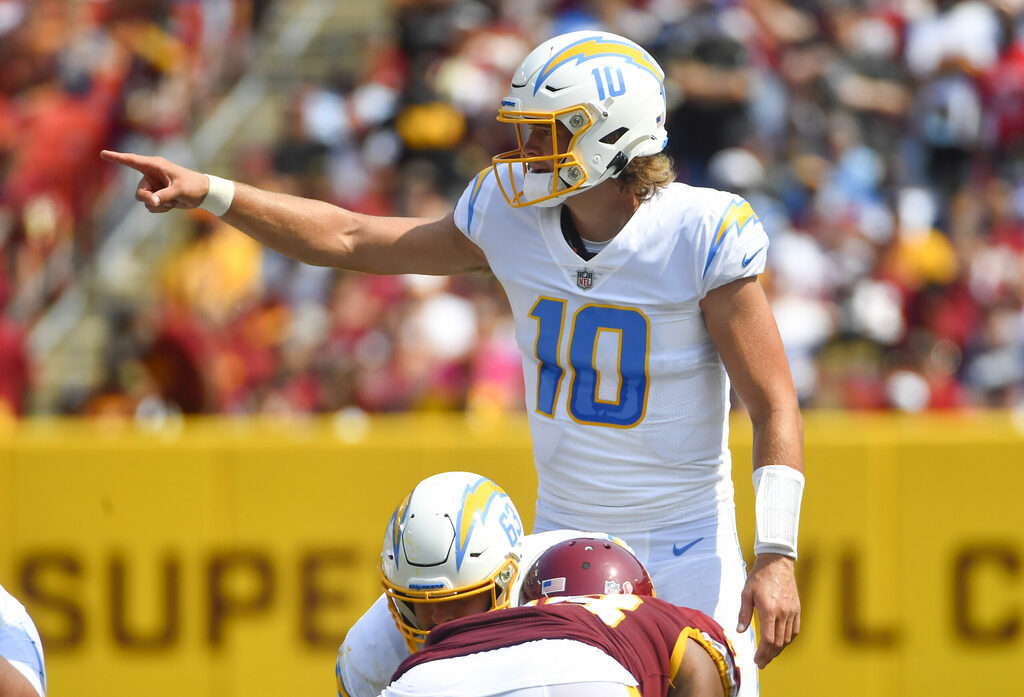 The Chargers kicked off the 2021 regular season in the win column after downing Washington on the road.

Who had the biggest impact on the game in all three phases?

Here are the players of the game in Week 1:

Either one of wide receiver Keenan Allen or Mike Williams could have been slotted here after their stellar performances but at the end of the day, the engineer of the offense gets the nod.

A stat line of 337 passing yards and a touchdown is seen as pretty normal in today’s NFL, but it is what Herbert did that earned him the award, managing to overcome a fumble into the end zone that resulted in a touchback and a red zone interception.

He led an offense that went 14 of 19 on third down, scoring drives of 75, 76 and 68 yards to close out the game, and a go-ahead touchdown pass to Mike Williams prior to that to make up for the hiccups.

So much for all that talk of a second season regression. Herbert is the real deal.

This would’ve gone to Joey Bosa, Derwin James or Asante Samuel Jr. for their outings as a whole but for today, I’m giving it to the player that made the biggest defensive play of the game.

Following Herbert’s interception in the red zone, all the momentum was on Washington’s side. That was until running back Antonio Gibson took a carry up the middle, only to meet White who was able to punch the ball out and have it recovered by Kenneth Murray.

Herbert followed that up with his lone touchdown pass to Williams which ultimately sealed the deal.

White finished the game with five tackles and the forced fumble.

The coaches made the decision to make Vizcaino the starting kicker over Michael Badgley, and he did not disappoint in his regular season debut for the Chargers. Vizcaino was a perfect 4-of-4 on his field goals of 33 and 27 yards and both extra points.