It’s been almost 12 years since snooker legend Alex Higgins tragically passed away penniless in Belfast. The Hurricane was undoubtedly one of the most colourful, charismatic, and complicated characters in British sports history.

His nickname is fitting: a rapidly rotating storm of strong winds, thunder and lightening amid heavy rain that strikes fear as it approaches and leaves destruction in its wake. Hurricanes rotate in circles, imitating the cyclical nature of Higgins and his demons throughout his controversial career.

Higgins was an unpredictable personality who firmly established himself as one of snooker’s greatest characters, but this same persona robbed him of becoming one of the sport’s best players. Such a description implies how Higgins was very much a flawed genius, whose tormented soul could never separate his explosive inhibitions from his play with a cue in-hand.

This is a shame because his play was, well, extraordinary. In 1972, Higgins became the first qualifier in history to become world champion at the age of just 22. He added a second title in 1982, and he was a beaten finalist in between each triumph.

Higgins was also twice a Masters champion, a UK Championship winner and a three-time World Cup winner with the all-Ireland side. His ability to make key pots under pressure was unrivalled and few players can claim to be as cool in the biggest moments.

His 1982 win at the Crucible is one such highlight as Higgins dramatically secured the final three frames to claim the title, with the emotional scenes between his then-wife and daughter living long in the memory. His crucial 69 break against Jimmy White in the semi-final of the World Championship to reach the final is renowned as one of the best in snooker history.

While he was exceptional on the table, Higgins was labelled ‘The People’s Champion’ thanks to his anti-establishment mentality while playing with a unique aura. Higgins related to fans as he didn’t hide his love for drinking and smoking while having a laugh with his mates - only he was a superstar snooker player.

Higgins’ downfall was as rapid as his rise to the top of the sport as, within three years of his second world title, he was divorced and awarded a five-tournament ban - as well as a £12,000 fine - for head-butting a WPBSA official after he was asked to take a drugs test.

In 1989, Higgins broke several bones after he fell out a window while trying to escape from his own home to a casino - and then he won the Irish Professional Championships soon after, encapsulating his immense talent riddled by off-table antics.

A year later at the 1990 World Snooker Championships, Higgins lost to Steve James in the opening round amid a flood of rumours, including that he was facing disciplinary action for threatening to have World Cup team-mate Dennis Taylor shot during the tournament. The intoxicated Hurricane punched WPBSA press officer Colin Randle after turning up to a press conference to announce his retirement in a slurred rant - he was never going to go quietly, was he?

Higgins was awarded a one-year ban from competitive snooker and stripped of all ranking points, but it wouldn’t matter. The Hurricane had faded to a mere breeze.

Problems continued after his retirement. He was convicted of assaulting a 14-year-old boy and a year later, girlfriend Holly Haise stabbed him three times during an argument.

Do you think Alex 'Hurricane' Higgins is the most colourful player in snooker history? Let us know in the comments section.

Higgins later admitted to smoking and drinking heavily, to regularly using cocaine and cannabis, and to struggling with a gambling addiction. The final admission explains how he blew around £4 million in career earnings.

In 1998, Higgins was diagnosed with throat cancer. By the time he died at the age of 61 in 2010, there were multiple contributory health-related causes.

Higgins represented snooker’s first real superstar, akin to Paul Gascoigne in his standing as a cult figure. When snooker was particularly popular in the 1980s, it was Higgins who undoubtedly appealed to a wider audience.

For all the negative publicity Higgins received as a result of ill-advised actions, the positivity the Hurricane brought to the sport of snooker will surely never be forgotten. 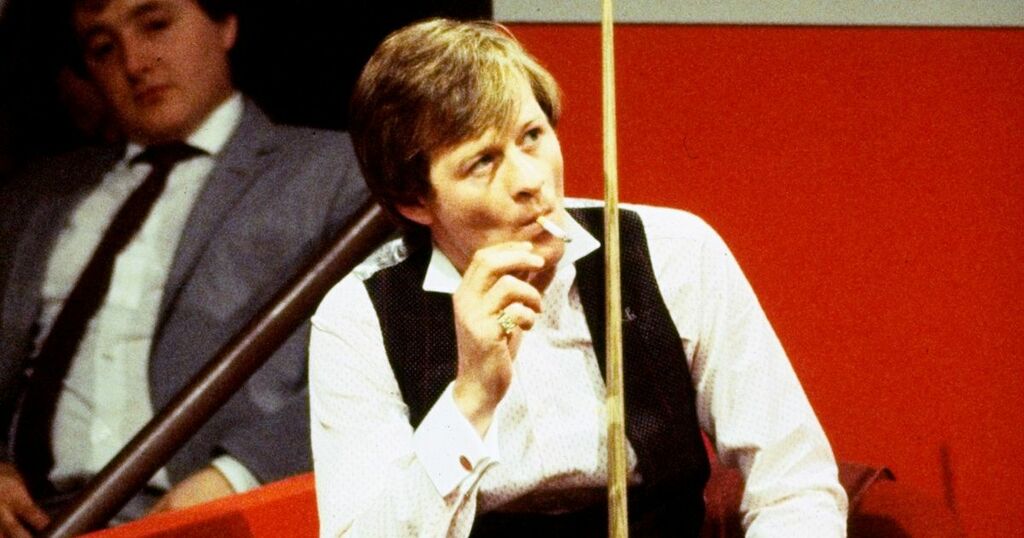 Snooker legend Jimmy White has endured a number of struggles throughout his rollercoaster life, including a battle against drug addiction,…