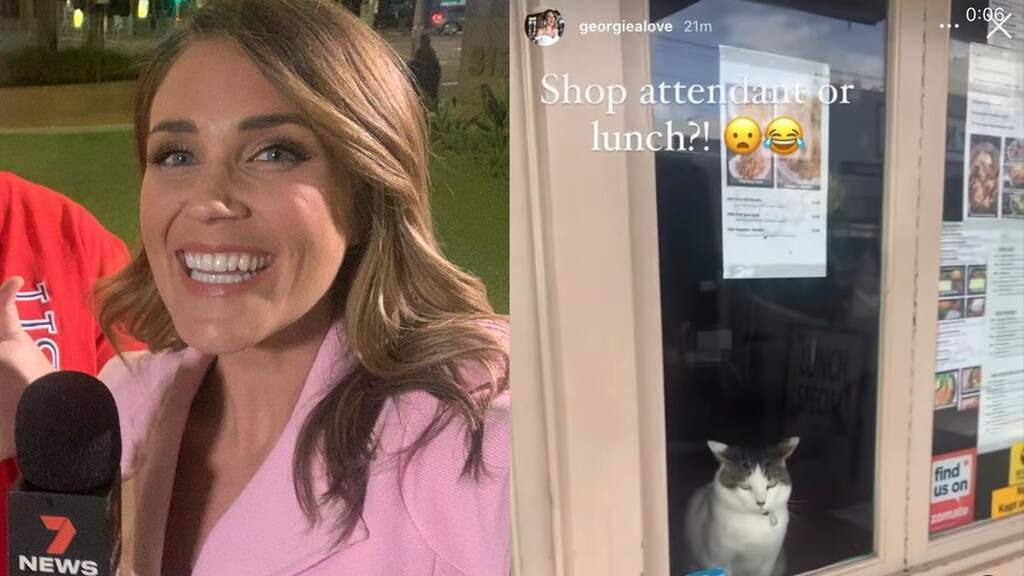 Ex-Bachelorette and journalist Georgia Love has now been taken off air by Channel Seven after posting a racist Instagram story.

According to the Herald Sun, Seven news director Shaun Menegola sent an email to newsroom staff on Friday stating that Love has been “reassigned to the production desk, effective immediately.”

“It has been a difficult week for many as a consequence of some inappropriate and offensive posts on a staff member’s private account,” Menegola wrote in the email.

“Following a workplace investigation that had to follow due process, I want to let you know that Georgia has been counselled and will be reassigned to the production desk, effective immediately.”

Georgia Love also sent an apology to the team, saying she was “deeply sorry” for the hurt caused and that it “certainly wasn’t [her] attention.”

“My posts were inappropriate and offensive. There is no excuse for perpetuating racist stereotypes in any forum,” she wrote.

“I am committed to moving forward, learning and growing in my new role and I hope that in time I can earn your trust back.”

Earlier this week, Love posted a video of a cat sitting behind glass doors of an Asian restaurant, with the caption “shop attendant or lunch?”. After being called out by Aussie Influencer Opinions, she immediately apologised and said it wad meant to be a joke about “an animal being in a restaurant at lunch.”

Unconsciously or consciously, it was a racially-charged joke and given the racism the Asian community have experienced throughout this pandemic – it was highly inappropriate and she should have really known better.

Since the incident occurred, many people have spoken out against the Ex-Bachelorette star, including Melissa Leong. She was also dropped as a Chadstone shopping centre ambassador today.

“We were disappointed by a social media post this week by one of our friends of the Chadstone brand and, as a result, we issued notice to end our contract with Georgia,” a statement by the shopping centre giant read.

The incident is disappointing to say the least, but it’s good to see that companies are taking it seriously.

You can also report instances of racism or discrimination to the Australian Human Rights Commission on 1300 656 419 or lodge a complaint online.

The post Channel Seven Have Now Taken Georgia Love Off Air After She Posted That Racist Instagram Story appeared first on Pedestrian TV.