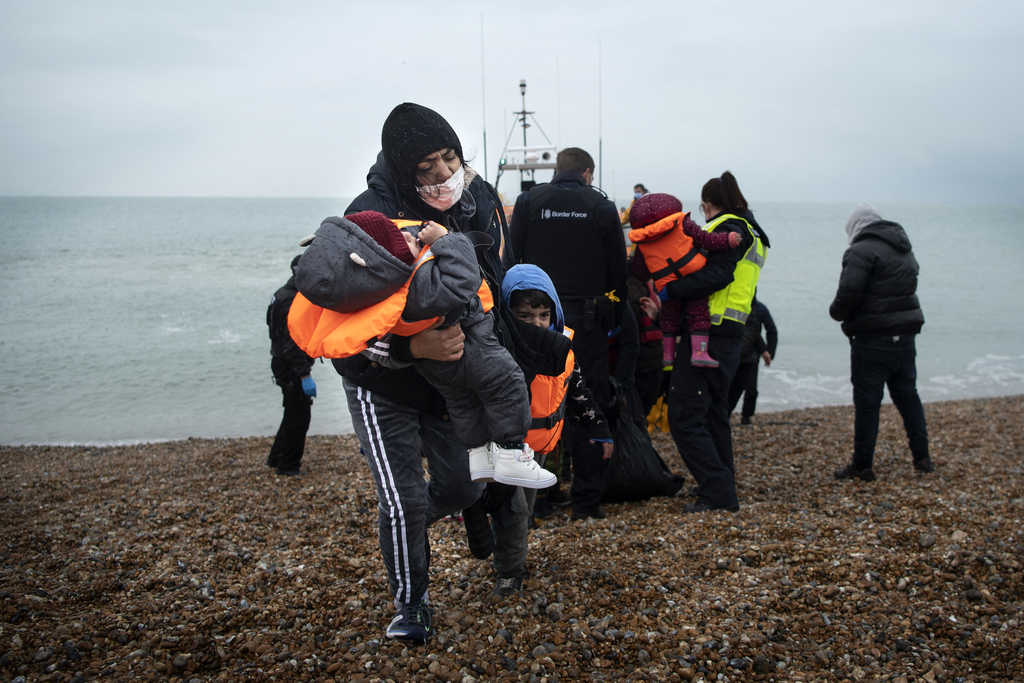 London, United Kingdom – The English Channel disaster, in which at least 27 refugees drowned this week in the waters separating France and the United Kingdom, is testing the fragile relationship between the two countries and fuelling fears of more tragedies.

Almost immediately after Wednesday’s incident, the deadliest accident on the route since the International Organization for Migration (IOM) Channel began collecting Channel data in 2014, the focus shifted towards culpability, with Paris and London trading blame.

Both nations have promised to step up measures to stem migration flows, but on Friday, France disinvited Priti Patel, the British home secretary, to a meeting on the crisis, with Paris angry over a letter tweeted by UK Prime Minister Boris Johnson to French President Emmanuel Macron.

“I’m surprised when things are not done seriously, we don’t communicate between leaders via tweets or published letters, we are not whistleblowers,” Macron said during a news conference in Italy.

The disaster came at a critical time; the neighbours were already at odds over post-Brexit related issues and AUKUS, a deal between Australia, the UK and the United States that sidelined France.

A pregnant woman and a young girl were among those who drowned on Wednesday in freezing and pitch-black conditions.

Thirty-four people were believed to be on the boat when it sank. Two survivors are in intensive care, and one person is missing. Police have arrested five people suspected of being linked to the incident.

French Interior Minister Gerald Darmanin said the dinghy was “very frail” as he compared it with a “[paddling] pool you blow up in your garden”.

The English Channel, also known as the Dover Strait, is the world’s busiest shipping lane.

The route is key for vessels wanting to cross and enter European harbours and those wishing to enter the North and the Baltic Sea through the English Channel.

Marine Insight, an industry publication, estimates that the Dover Strait sees the passage of about 400 ships a day.

Refugees used to try and cross the Channel from Calais or Dunkirk by hiding in trucks, but this happens less often now because of increased checks.

Going by boat is a faster way to reach the English border from France and is increasingly popular, but is fraught with danger.

The IOM says about 200 people have died on the route this year.

The UK says more than 25,000 undocumented people have arrived so far this year, three times as many as last year’s figure.

“The only way to save lives on these dangerous routes is to stop people believing that these journeys are the only way to have a claim for asylum heard in the UK. If the government want to truly stop people smugglers, for example, then we must create safe routes and remove their trade,” it said in a statement.

The Joint Council for the Welfare of Immigrants told Al Jazeera that since the pandemic began, the few safe routes that existed for people seeking asylum were closed down, leaving people with no way to reach the UK safely.

“The government has repeatedly prioritised cruel, unworkable and dangerous border measures like pushbacks in the Channel, which will only lead to more deaths,” a spokesperson said.

“This tragedy must represent a turning point where the priority is saving lives and not turning people away – this means establishing more safe routes immediately.”

‘Nobody is illegal’: Protesters

At a vigil in London on Thursday evening outside the Home Office, people remembered the 27 people who died.

Some spoke of a hostile environment for refugees and migrants, while others drew comparisons with the deaths at sea and the Essex incident of 2019, which saw the suffocation of 39 Vietnamese migrants trying to enter the UK via a refrigerated truck.

But as people chanted slogans of “nobody is illegal” and “no borders, no nations”, more refugees were reported to have left the ports of Calais and Dunkirk by boat on Thursday night, hoping to find a better life.

The grassroots organisation Channel Rescue, which was set up in response to the UK’s strict border policies and supports people making the crossing, told Al Jazeera: “Sadly, these tragedies are preventable, so there needs to be a wholesale change in the policies and approach of the British and EU governments.

“Policies that seek to militarise our borders will inevitably result in tragedies … The increased securitisation of our borders is not a sustainable policy, and there needs to be significant investment in new safe routes for people to claim asylum.”