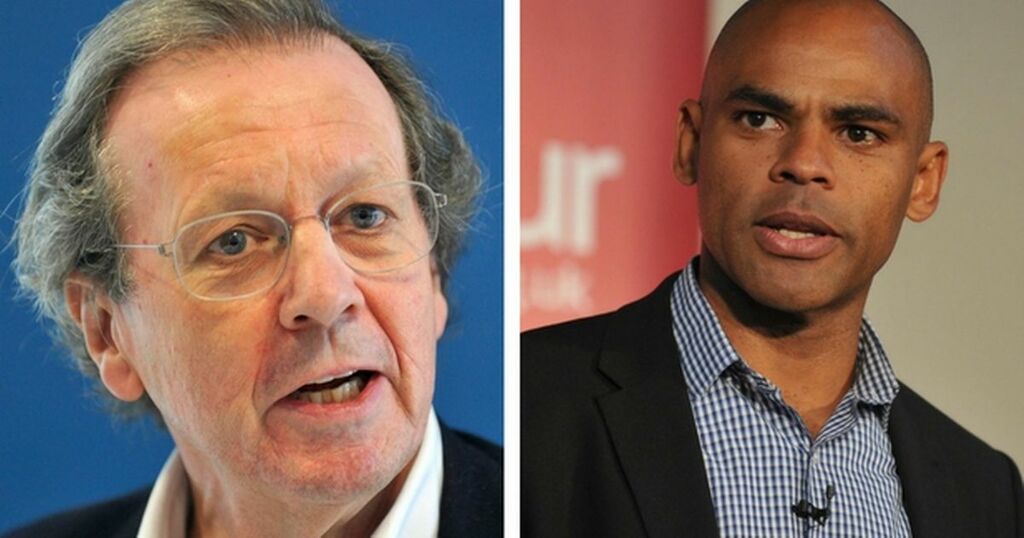 The Bafta TV Awards ceremony is taking place at the Royal Festival on London’s Southbank.

Daily Mirror
One subscription that gives you access to news from hundreds of sites
The Queen’s speech 2022: what was in it and what it means

Analysis: The bills included on the government’s agenda for the year and what their aims are

Marvin Rees has criticised government plans to privatise Channel 4 as a “fight that doesn’t need to happen”. The mayor of Bristol, where the network opened a creative hub in Finzels Reach two years ago, told a council meeting that the move to sell off the broadcaster was not wanted and would divert focus from addressing the cost-of-living crisis and recovery from the pandemic.

A proposed privatisation of Channel 4, which has been publicly owned but funded by advertising since it was founded by Margaret Thatcher in 1982, was confirmed in the Queen’s Speech on Tuesday (May 10) setting out Parliament’s legislative agenda. Culture Secretary Nadine Dorries has said public ownership is holding back the organisation from “competing against streaming giants like Netflix and Amazon”, but the plans have sparked a huge protest campaign, with nearly 450,000 people now having signed a petition against them.

Hours after the speech in Westminster, Mr Rees told Bristol City Council’s cabinet that while he welcomed some parts of it, such as the renters reform bill, which is aimed at improving conditions and rights for millions in the private and socially rented sector, much of it missed the mark. He said: “It doesn’t feel like it’s itching where we are all scratching.

Read more: Government to go ahead with plans to privatise Channel 4, broadcaster confirms

“Our priority at the moment is that there is a cost-of-living crisis and yet we’re going to expend precious time on a policing bill and, not least of which concerns us, the Channel 4 bill, the privatisation of Channel 4. That is a fight that doesn’t need to happen.

"It’s going to take up legal time and officer time and it’s not something that’s being asked for by us as one of the new hubs of Channel 4 and it’s not being asked for by our independent production companies who Channel 4 is there to help propel along through their commissioning and who is a major employer in the city and with whom we are working to make so much more inclusive.

“It isn’t really helping us tackle the challenges we face on a day-to-day basis around those underlying drivers of inequality that are hitting us right now, namely coming through Covid, how the poorest and most marginalised have been hit first and hardest and are least best placed to benefit from any upturn when it comes. So we recognise the renters reform bill, there is potential in that, but we have concerns about the extent to which declarations in Westminster actually are informed and understood and then are applied in a way that is useful to city leaders around the UK.”

The mayor said Levelling Up was a prominent piece of legislation in the Queen’s Speech. But he told Tuesday’s City Hall meeting: “There is no substitute for finance and adequate funding.

“For all the talk of ‘levelling up’, what we have found is a collection of slogans that the Government are trying to give meaning to. We want them to give meaning to it but we want it to have real meaning and substance.

“We have repeatedly said to Government we must respect the geographic inequalities in the UK. The north/south divide is real but at the same time we must recognise that people are involved here and there are some groups of people who get left behind wherever they are in the geography of the UK.

“And if it does not have that nuance in it of doing both geography and people groups, not only will we leave behind pockets of deprivation in the south of the country and not only will we miss opportunities to invest in places that can actually drive the UK economy forward in the south, but we could end up in a situation in which the north is supported to grow but those people groups who get left behind, wherever they are, will be left behind in the north as well, so a little bit of nuance will go a very long way.”

Marvin ReesChannel 4BristolUnited Kingdom
Sign up to read this article

The Bafta TV Awards ceremony is taking place at the Royal Festival on London’s Southbank.

Daily Mirror
One subscription that gives you access to news from hundreds of sites
The Queen’s speech 2022: what was in it and what it means

Analysis: The bills included on the government’s agenda for the year and what their aims are