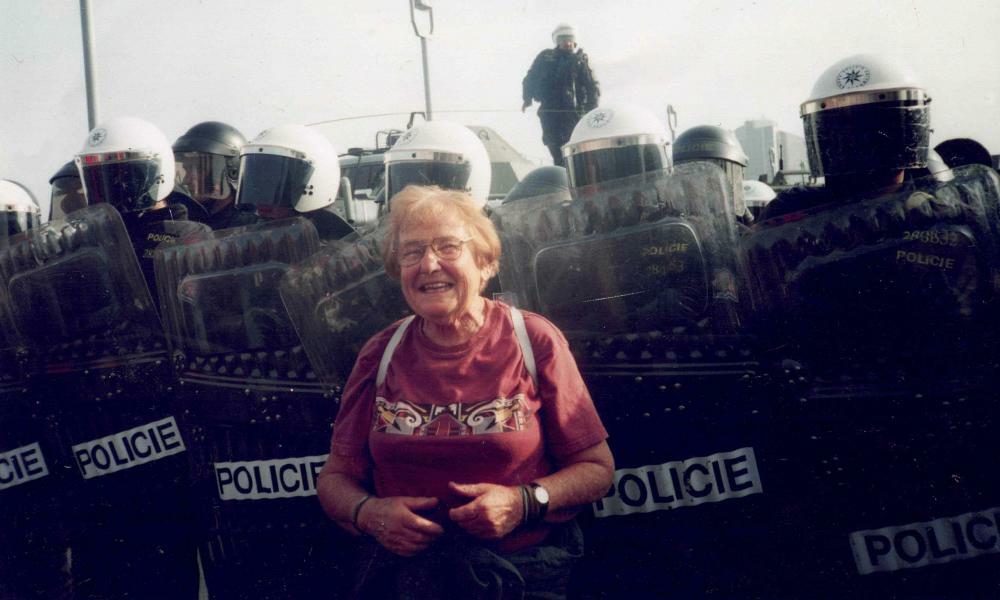 My friend Chanie Rosenberg, who has died aged 99, was a remarkable and inspiring revolutionary socialist, active in Britain for more than seven decades after arriving in 1947 with her partner, Tony Cliff. She was one of the last surviving members of the Revolutionary Communist party (1944-49), and then in 1950 helped found and build what became the Socialist Workers party.

Chanie was born to a middle-class Lithuanian Jewish family in Cape Town, South Africa (one relative was the poet and artist Isaac Rosenberg). The anti-black racism disgusted her as did antisemitism amid the rise of fascism in Europe.

Initially drawn to leftwing Zionism as an antidote, she studied Hebrew at Cape Town University, following schooling at the Good Hope Seminary, and in 1944 moved to Palestine to live on a kibbutz, where she witnessed anti-Arab racism.

In Palestine she met and in 1945 married Ygael Gluckstein, a Palestinian Jewish Trotskyist, better known under his pseudonym Tony Cliff. She joined the tiny Trotskyist movement herself and, after the couple moved to London, was a courageous and determined activist in the Socialist Review Group (where her brother Michael Kidron also played a leading role), later the SWP.

Chanie defied rightwing stereotypes of Marxists as dour and humourless. She worked as a maths teacher, in primary schools in Islington and Hackney, and then for 12 years at the John Howard school (now Clapton girls’ academy), and was secretary of Hackney National Union of Teachers. As the principal breadwinner, Chanie combined family life, trade union activity, writing, art, sculpture, music, swimming and political activism, with a verve few could match.

She remained politically active her entire life, from the Aldermaston marches against the bomb in the 1950s to the Stop the War coalition in the 2000s; from confronting Oswald Mosley’s fascists in Ridley Road market in the 40s to the mass Anti-Nazi League protests against the National Front in the 70s.

I remember travelling to Burnley with Chanie (aged 80) in 2002 for an ANL protest against the BNP. While some of us were anxious, she was utterly fearless. Tear gas, water cannon, fascists and riot police posed no obstacle for the indefatigable Chanie, who travelled to Prague in 2000 and Genoa in 2001 as part of the huge anti-capitalist mobilisations.

Throughout she was cheerful, warm and supremely optimistic about struggles for a better society.

Tony died in 2000. Chanie is survived by her four children, Elana, Donny, Danny and Anna, six grandchildren and two great-grandchildren.