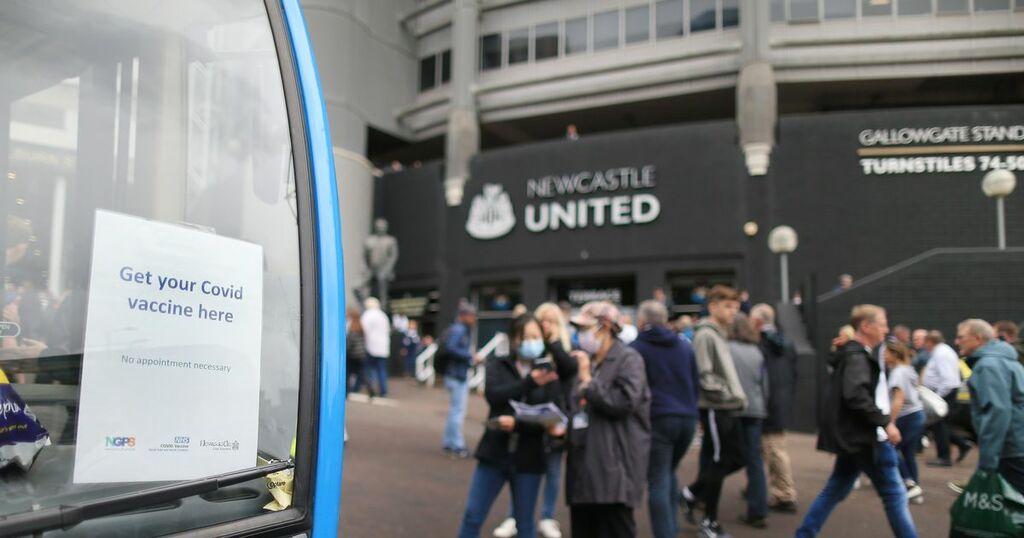 The Premier League sent round a note to all 20 clubs last week warning of “potential additional measures relating to unvaccinated players and staff.”

Prem bosses are determined to push players into getting vaccinated as their latest figures released last month showed that 16 per cent have not had a single Covid jab.

But what does that actually mean for an unvaccinated player? This column was put in touch with one Premier League player who has not had a jab and explained a feeling of being ostracised and footballers being “unfairly” used as examples for the rest of the country.

The player, who does not want to be named, insisted his decision was nothing to do with misinformation on social media which has been “massive” on What’s App groups in dressing rooms up and down the country.

But more because a previous medical showed a respiratory issue and, even though tests showed it was not serious, did raise alarm bells about the safety of the jab for him personally.

The player feels pressure is being put on him to get jabbed because he is now treated differently as he does not eat with other teammates, travels back from away games away from the main group and changes for training in his car (which is actually the case at several clubs).

Premier League bosses are looking at extra rules such as ordering clubs to ensure unvaccinated players travel separately, setting up strict bubbles plus warnings over fan selfies, goal celebrations and even being in enclosed spaces for meetings and meals at hotels on away trips.

The player insists that the reluctance among others that he knows is because they are super fit, less likely to get serious symptoms and therefore they see it as taking a risk to get a jab into a body which is pushed to the limit. He is not looking for sympathy, just to offer an explanation.

One EFL manager, whose club had an outbreak before Christmas, believes only half of his squad are vaccinated and the only way to persuade them will be when it comes to summer holidays and pre-season trips because they will be restricted in terms of travel.

The FA Cup served up brilliant drama and upsets in the third round - even if the games were spread across four days.

It might seem bizarre - and will not please the traditionalists - that this was largely done for foreign broadcasters. Yes, they really did want to show those ties overseas.

But because many clubs had lost the potential of a replay and another pay day, all clubs involved in a match moved from Saturday 3pm got an extra £32,500 to compensate. You might lose some cup magic but for the clubs it was most welcome revenue.

Three Lions boss Southgate will discover England’s Group opponents the day after FIFA congress and this time organisers are expected to put on a major event.

Football Association chiefs went on a trip to Doha to check out stadiums, travel arrangements and potential training bases with the luxury Souq Al Wakra Tivoli hotel their preferred choice. But nations may not be allowed to confirm bases until FIFA decide in the summer.

Al Wakrah is ten miles south of central Doha, it has a beachfront, a promenade and feels a little more European than some other parts of the city.

However, the good thing about this World Cup is there will be minimal travel, teams will not have to leave their hotels or training camps and even pre-match press conferences will be done from one central broadcast centre in Doha.

The secret behind buy-out clauses

Buy-out clauses are still quite rare in English football. And you still have to know about them to trigger them. Not as easy as it sounds.

Chris Wood’s £25m move from Burnley to Newcastle surprised a few but the price tag certainly would not have been to his agents, CAA Base, who also did Kieran Trippier’s move to St James’s Park.