A mental health trust says it made 'substantial changes' to its procedures, after a teenager who had 'become invisible' to its staff stabbed a grandmother to death.

But Sunderland's Senior Coroner has suggested there are still lessons to be learned from his investigation into the killing of shop worker Joan Hoggett. On September 5, 2018, 19-year-old Ethan Mountain walked into the Sunderland One Stop Shop where Joan worked and unleashed a brutal knife attack upon her.

Despite the efforts of paramedics and doctors at Sunderland Royal Hospital, the 62-year-old was pronounced dead just before midnight that night. Mountain, who later pleaded guilty to manslaughter on the ground of diminished responsibility and was handed an indefinite hospital order, had not been seen by mental health services for 148 days before the attack.

On Friday, Sunderland Senior Coroner Derek Winter recorded a conclusion of unlawful killing following a four-day inquest which examined the mental health care Mountain had received in the lead-up to the tragedy.

He had been under the care of Cumbria, Northumberland, Tyne and Wear NHS Foundation Trust (CNTW)'s Early Intervention in Psychosis team since his discharge from a psychiatric hospital in 2017 following an episode of psychosis. Doctors had initially opposed his discharge, but a psychiatrist then authorised it because a tribunal was likely to order it and they wanted to maintain good relations with the patient and his family, Sunderland Coroner's Court heard.

Initially, the teenager engaged with the service and attended appointments, but began to 'disengage', and was last seen by a member of CNTW staff on April 10 2018. Professionals believed there were 'no red flags' or signs of psychosis, but the increased monitoring which had been asked for when his dose of anti-psychotic medication was reduced, in February, did not take place.

On August 28, Mountain's mother rang the nurse coordinating his care to ask for an appointment - but, with the nurse setting off on a week's annual leave, the appointment was never made.

Concluding the inquest Mr Winter said that 'opportunities' had existed to handle the care differently, but that 'no one can say' what might have happened if they were taken.

He said: "The Trust did not have any ongoing situational awareness about Ethan Mountain after April 10 2018. Its approach was to assume that in the absence of adverse reports - all was well. There was a passive rather than a proactive approach to the healthcare and treatment of Ethan Mountain.

"Information was not always gathered or corroborated. To some extent the Trust were reassured, but in reality there was no substance to that belief. Ethan Mountain became invisible to the services that he could have tapped into.

"I appreciate that the Trust relationship with Ethan Mountain was built on it being consensual and voluntary, as he had capacity. However, there was a rich seam of information available from his mother who he lived with. In my view the Trust were too ready to put her concerns about him being depressed, his medications, his drinking, her fear of relapse down to her hypervigilance."

Mr Winter acknowledged the trust was 'committed to learning' but said there were 'some residual concerns'.

He pledged to write to CNTW to ask them to 'reflect further' on the inquest, particularly on ways to increase the involvement of family members in its service. He said he would also write to the Government about the capacity of mental health trusts to meet the demand they face.

Rajesh Nadkarni, CNTW's executive medical director, said: “We would like to offer our deepest sympathy to Joan’s family at this incredibly difficult time.

"The tragedy of Joan’s death has had a significant impact on the team, the service and what we do as an organisation. We have been determined to learn lessons and improve services.

"The organisation has made substantial changes following the incident. This includes revisions to the clinical supervision policy which now require supervisors to review clinical records to provide greater reassurance.

"New documentation has also been introduced which require improved scrutiny around risk assessments, non-engagement as well as engagement with services, families and carers.

"These policy changes are now fully implemented across the organisation, with training rolled out to our staff in February 2020.

"Although nothing can ever ease the pain of losing Joan, we sincerely hope that the knowledge that lessons have been learned and changes are in place will offer some comfort to her family.”

At the beginning of the inquest Joan's daughter, Michelle Young paid tribute to her "loved and respected" mother, who she described as "shy and reserved" and "a very smartly dressed lady".

She said: "She worked hard all her life. She had had to look after her younger siblings when she was a child and then she had two children herself but she always helped others and cared for people...Mam was always fair but firm and loved her family and friends.” 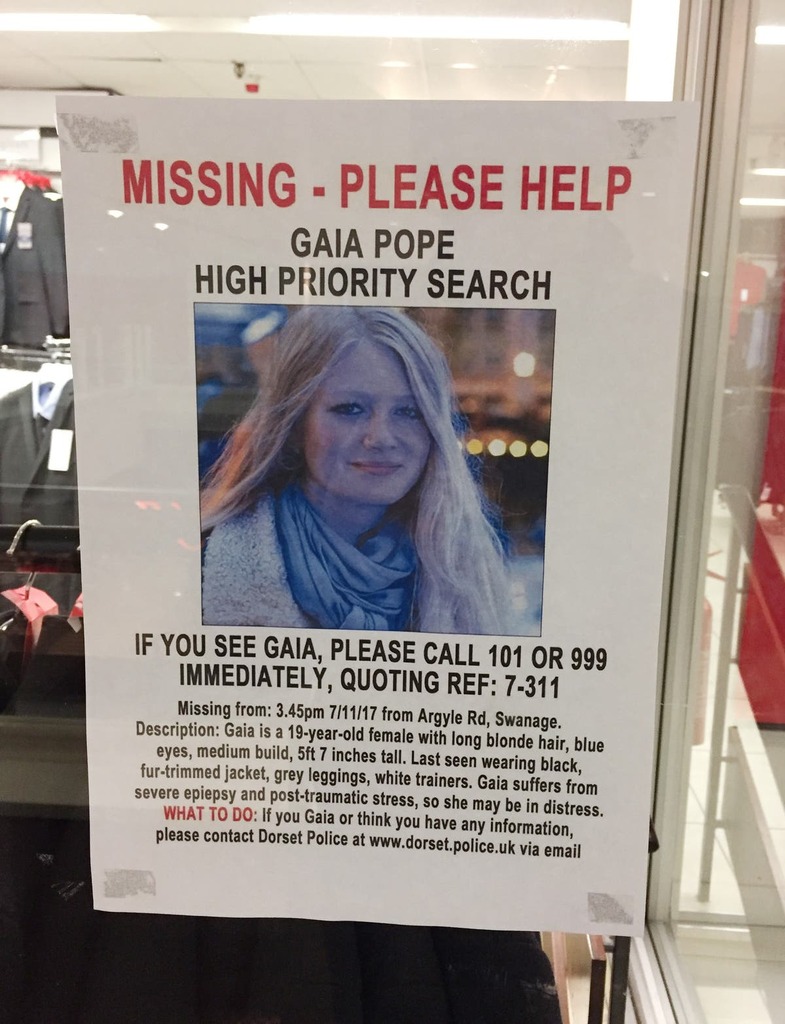 Inquest hears of ‘missed opportunties’ in Gaia Pope-Sutherland’s care
The teenager, who had severe epilepsy, was found dead near cliffs 11 days after she went missing from her home…

The Independent UK
One subscription that gives you access to news from hundreds of sites
Mum, 34, killed herself after spending a year on NHS waiting list for help

Mum Laura Myatt, 34, from Newcastle, Staffs, was found hanged at her home by her father after she had been…