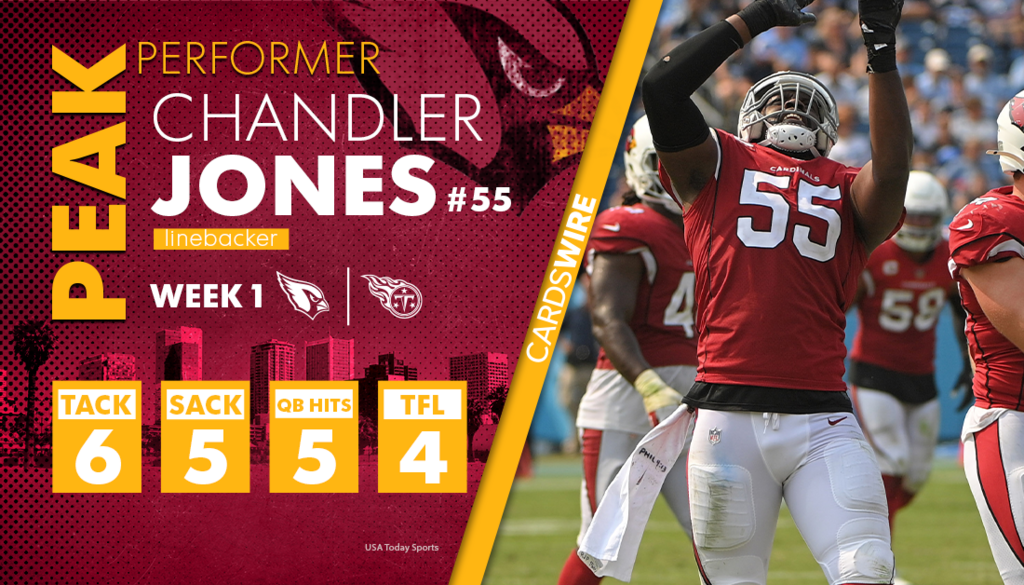 It is no surprise. After his five-sacks, two-forced fumble performance in Week 1 against the Tennessee Titans, Arizona Cardinals outside linebacker Chandler Jones was named the NFC Defensive Player of the Week.

There was no way this was not going to happen.

He had six tackles, four tackles for loss, five sacks and two forced fumbles. No one else in the league had more than two sacks in Week 1.

His five sacks tied a franchise record for the most in a game. He became only the third player ever to have at least five sacks in a season opener. He is only the second player in the last 16 years to log at least six tackles, five sacks, six quarterback hits and two forced fumbles in a single game.

With five sacks in only one game, he is an early favorite to be the Defensive Player of the Year. With 17 games this season, if he doesn’t set a career high — his previous best was 19 sacks in 2019 — it would almost be a disappointment.