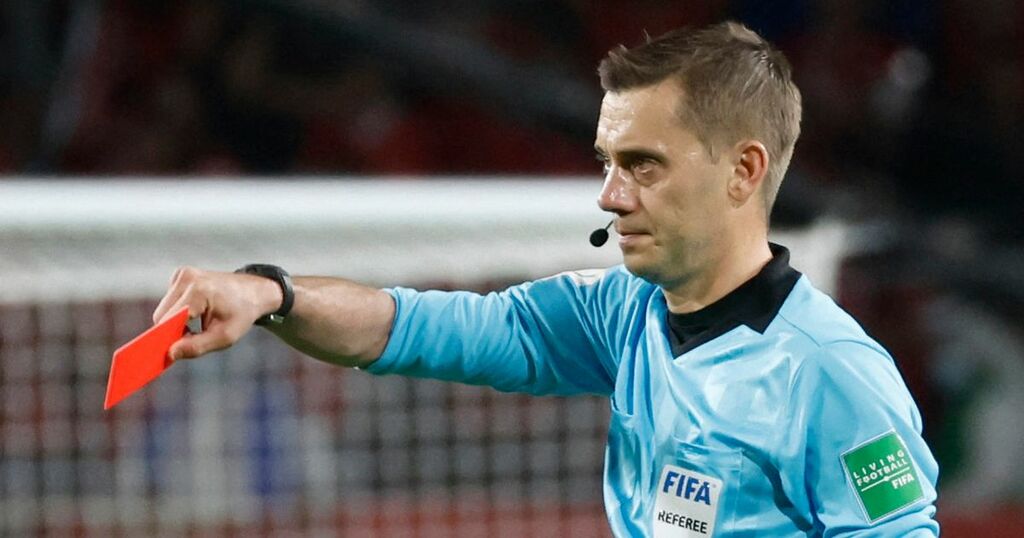 UEFA have confirmed Clement Turpin will referee this season's Champions League final between Liverpool and Real Madrid in Paris.

That's not good news for Reds fans, as Real have won all four Champions League games they have played which Turpin has officiated. The Frenchman has refereed Liverpool twice in the competition before - a 1-1 draw against Spartak Moscow and a 2-0 win against RB Leipzig.

Perhaps even more concerning for Liverpool supporters is the fact Turpin was involved in their 3-1 final defeat to Real four years ago. He was the fourth official for the game in Kyiv, which was refereed by experienced Serbian official Milorad Mazic.

Turpin has been officiating at professional level since 2006 and in Ligue 1 for 14 years. The 39-year-old became a FIFA listed referee in 2010. He was in charge of last season's Europa League final between Manchester United and Villarreal, won by the latter team on penalties.

Turpin was a referee at Euro 2016 in France and the World Cup in Russia four years ago. He has been in charge of several matches this season, including Real's first-leg victory against Chelsea in the quarter-finals. He's been officiating in UEFA competitions since 2010.

"The UEFA Referees Committee has appointed Clement Turpin to referee the 2022 UEFA Champions League final between Liverpool FC and Real Madrid CF, which takes place at the Stade de France in Saint-Denis, France, on Saturday 28 May at 21:00 CET," read a statement from European football's governing body.

Who will win the Champions League final? Let us know in the comments below!

UEFA added: "Turpin will be assisted by countrymen Nicolas Danos and Cyril Gringore, while another Frenchman, Benoit Bastien, will be fourth official. The VAR role has been assigned to Jerome Brisard (France), and he will be assisted by Willy Delajod (France) and two Italians, Massimiliano Irrati and Filippo Meli."

In the Champions League 2018 final, Klopp was not happy with Mazic's failure to dismiss Sergio Ramos after the defender's rough tackle left Mohamed Salah injured and unable to continue. He was also displeased with the challenge on Loris Karius that led to him suffering concussion and making two mistakes.

"If you watch it back and you are not with Real Madrid, then you think it is ruthless and brutal," Klopp said after his side's 3-1 defeat. "If you put all of the situations of Ramos together, and I have watched football since I was five years old, then you will see a lot of situations with Ramos.

"[With Salah] you don't think 'Wow, good challenge'. The thing is, I saw the ref taking charge of big games at the World Cup afterwards and nobody really thinks about that later. But I think in a situation like that, somebody needs to judge it better.

"If VAR is coming then it is a situation where you have to look again. Not to give a red card or whatever but to look again and say 'What is that?' It was ruthless. I don't think Mo would have always got injured in that situation, this time it was unlucky.