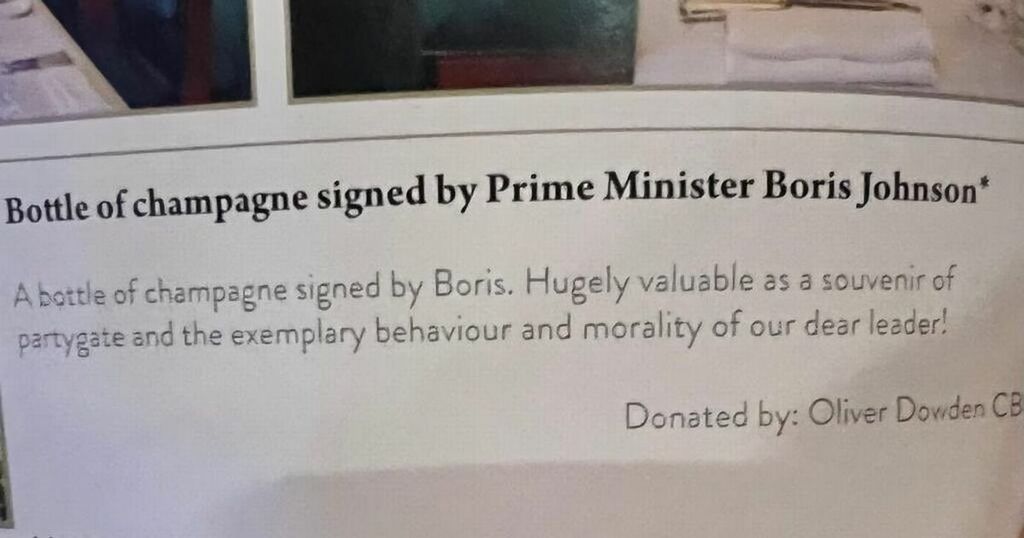 A champagne bottle signed by Boris Johnson was auctioned off at a charity event “as a souvenir of partygate”.

Food critic Jay Rayner tweeted an image showing a description of the bottle from what appeared to be the page of an auction catalogue.

“Last night a champagne bottle signed by @BorisJohnson was donated to a charity event in Hertfordshire by local MP and Tory party chairman @OliverDowden. Read the description.”

Mr Dowden, who has been the MP for Hertsmere since 2015 and co-chairman of the Conservative Party since 2021, confirmed he donated the item – but had no knowledge of the description.

The MP’s spokesperson said: “This item was donated in good faith several months ago for a local charity auction.

“Oliver Dowden had no prior knowledge of the description and this is obviously not his view.”

The Metropolitan Police on Thursday announced the number of fines handed out to government staff for law-breaking parties held during the Covid-19 pandemic had doubled to more than 100.

Scotland Yard said last month that 50 referrals had been made to the criminal records office for fixed penalty notice (FPN) fines over parties in Downing Street and Whitehall when the country was under strict social-distancing rules.

In an update, the Met said its Operation Hillman team had now recommended 100 fines. The force said its investigation, into 12 separate events, remained ongoing.

Number 10 said Boris Johnson had not been issued with another fine, after he was punished last month over his rule-breaking birthday party in June 2020.