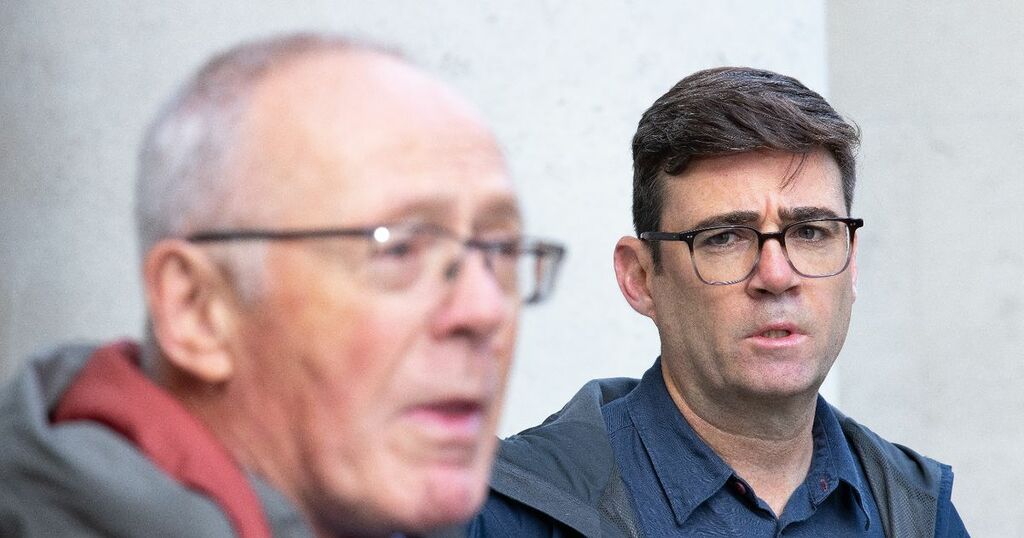 Greater Manchester residents are abandoning face masks despite the spiralling coronavirus rates in some areas of the region, as health bosses hope precautionary measures adopted over the weekend will be ‘sufficient’ to curtail the spread.

Trafford has seen its Covid-19 rates almost double in the last two weeks, clocking in with the highest infection rate in the country at 832.6 cases per 100,00 people in the week ending October 7.

The main group affected by the spike is school age children.

The coronavirus rate among 10-14-year-olds is more than 3,000 - around one in 30 youngsters testing positive in just one week alone.

READ MORE: 'People are just getting on with it - we've been trapped in long enough': Trafford reacts to UK's highest Covid rates

The guidance is already beyond national policy and further restrictions, such as local lockdowns, are hoped to be avoided, said the region's health chiefs in a press conference today (October 12).

The Greater Manchester Combined Authority's heath and care lead, Sir Richard Leese, said: "Public Health is working very closely with schools. This is principally a schools issue within Trafford to make sure people are as safe as possible.

“Most transmission is now in home settings. For pupils who have got somebody in their home who has tested positive, they are being asked to do daily lateral flow tests before going to school. Because clearly, we want to try and keep people in school, and that testing will continue for a period of time.

“There are lots of communications generally within the community about getting vaccinated, wearing face coverings, fresh air and keeping windows open, washing and sanitising, and getting a test if you don’t feel well.

“I think those measures, at the moment, are probably sufficient to contain [the spread] if people abide by them."

However, the health chief accepted there were limitations to the measures, as officials see residents are 'increasingly' abandoning mask wearing.

“The level of social mixing has just been increasing very significantly, as has the reasonable precautionary measures that we keep asking people to take," he said.

But although members of that age group are among those least likely to have been offered and accepted a vaccine, 'the vast majority' of cases are not resulting in hospitalisation.

“The vast majority of those are asymptomatic. What we really don’t know is the extent that this reflects that we’re testing a lot more than we were previously doing and testing on a far more systematic basis than we have been previously.

"There is quite a lot going on between Public Health and schools to try and improve the situation.

“A lot of cases are asymptomatic, it’s not turning into massive hospitalisation but they are aiming to bring it under control.”