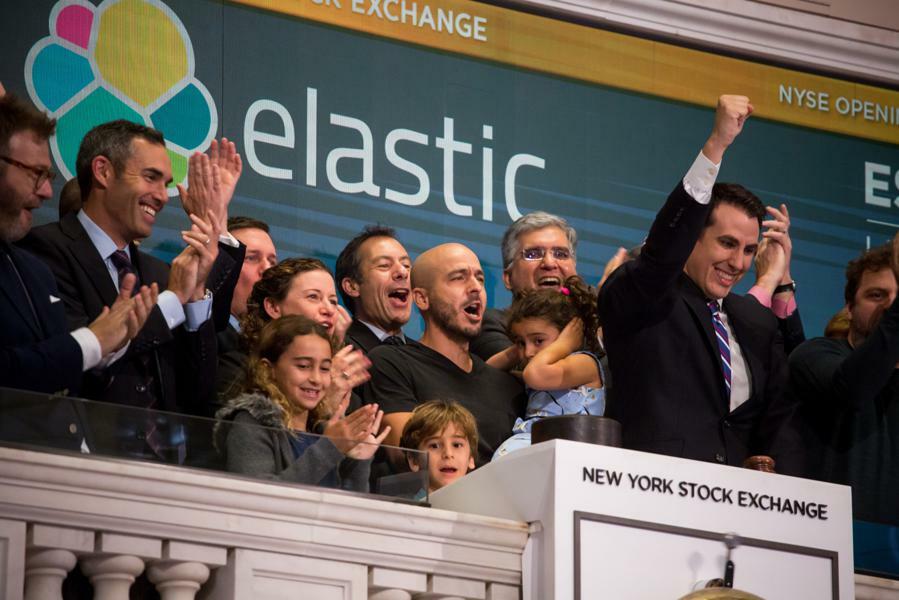 Shay Banon, co-founder of the $10 billion open-source company Elastic, who is known for being one of the most outspoken critics of Amazon’s dominant position in the cloud computing sector, is stepping down as CEO and chairman of the company.

The current chief product officer, Ashutosh Kulkarni, who joined the company in January 2021 after product development roles with Akamai, McAfee and others, will take over as CEO, the company said Wednesday. The company’s stock price dropped 8% following the announcement.

“[Banon is] passing the torch to Ash because Ash is the right fit for the business,” spokesperson Jenn Malleo told Forbes. She added that Banon wanted to focus on the engineering side of the business. In a press statement, Banon said that the leadership shift would allow him to focus on his “greatest passions.” “Elastic is my life’s work, and in my role as CTO, I’ll be laser-focused on innovation and product, and people and culture,” he said.

Elastic, which provides popular software used by corporations like Adobe and T-Mobile that, among other things, powers search boxes on company websites, announced other leadership changes. Elastic’s president Paul Appleby, a former executive at C3.ai and Kinetica, is leaving the company, though the company would not disclose why. And Chetan Puttagunta, a board member and partner at Benchmark Capital who led investments in Elastic, is taking over as chairman of the company. Puttaganta also serves on the board of open-source company MongoDB.

Banon, who is worth $1.1 billion according to Forbes estimates, co-founded Elastic in 2012, providing software that was free for anyone to use and implement, and then made money by selling services that could complement the software, like machine learning technology. After raising $160 million from investors like Index Ventures, Benchmark and New Enterprise Associates, the company was valued at $4.9 billion when it went public in 2018

But along the way, Banon became one of the most vocal critics of Amazon and its dominance in the cloud computing industry. In 2015, Amazon’s cloud unit launched its own competing product based on Elasticsearch’s code, and named it Amazon Elasticsearch Services, which ended up selling to more customers than Elastic itself. After unsuccessfully suing Amazon for trademark infringement, Elastic last year forked its open source software by moving it to a more restrictive license that would prevent Amazon from adopting its code. “If you don’t stand up at one point to this level of behavior, then it’s like a bully in the schoolyard,” Banon told Forbes last year. “And this is our form of standing up to it.”

Elastic joined a growing number of open-source companies – including publicly-traded MongoDB, Cockroach Labs,  Redis and Confluent — taking steps to block Amazon from cloning open-source software and selling it to AWS’ massive customer base.

Since then, Elastic’s financial performance has been bumpy. In the three months ended October 31, Elastic generated $206 million revenue, but reported a $47 million net loss. Its stock price has suffered recently, trading at $102 a share Wednesday afternoon, down from its peak of $182 in November.

But Elastic remains locked in its battle with Amazon. Even though AWS changed the name of its product to the Amazon OpenSearch Service in September, Bannon showed no signs of backing off on his vocal criticism of Amazon, telling VentureBeat two weeks ago that Amazon had previously infringed on Elastic’s trademark, and that the cloud giant remained “problematic.” Though with a new CEO focused on product and cloud services, Elastic’s antagonism appears to be fading.