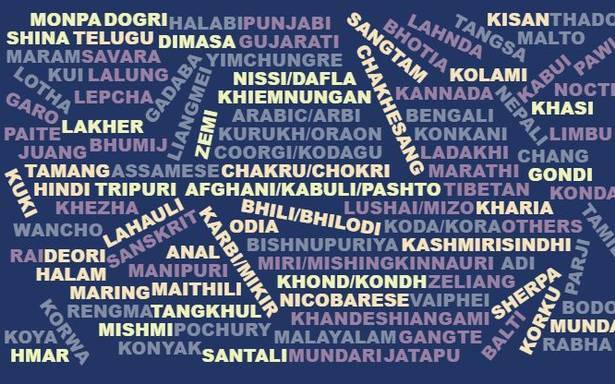 Manipur Education Minister S. Rajen disclosed on Tuesday that the Centre had released ₹18 crore as the first instalment for the “promotion of the State language Manipuri and the Manipuri script”. He said that there seemed to be a general tendency among some communities in the State not to learn the script and language. He felt that this psychological barrier could be overcome if the script was renamed Manipuri script instead of Meitei which is identified as that of the Meiteis, the majority community in the State.

This is the State language and the script is used in the over 2,000-year-old royal chronicles in Manipur. Besides, this script is used at college levels. Soon after the advent of Vaishnavism in Manipur in the beginning of the 18th century, all priceless scriptures were incinerated and the script was replaced by the Bengali one. However, the Manipuri language has no use for several Bengali letters and the people here cannot properly pronounce some of those. In the last few decades, the Bengali script was replaced by this centuries-old script. However, the vernacular newspapers are the only ones which continue publication in the Bengali script. An understanding had been reached between the press and script activists to switch over to Manipuri recently.

Mr. Rajen urged the people to use this old script. He also assured that the government was taking up steps to include the dialects of different communities in the school syllabi.