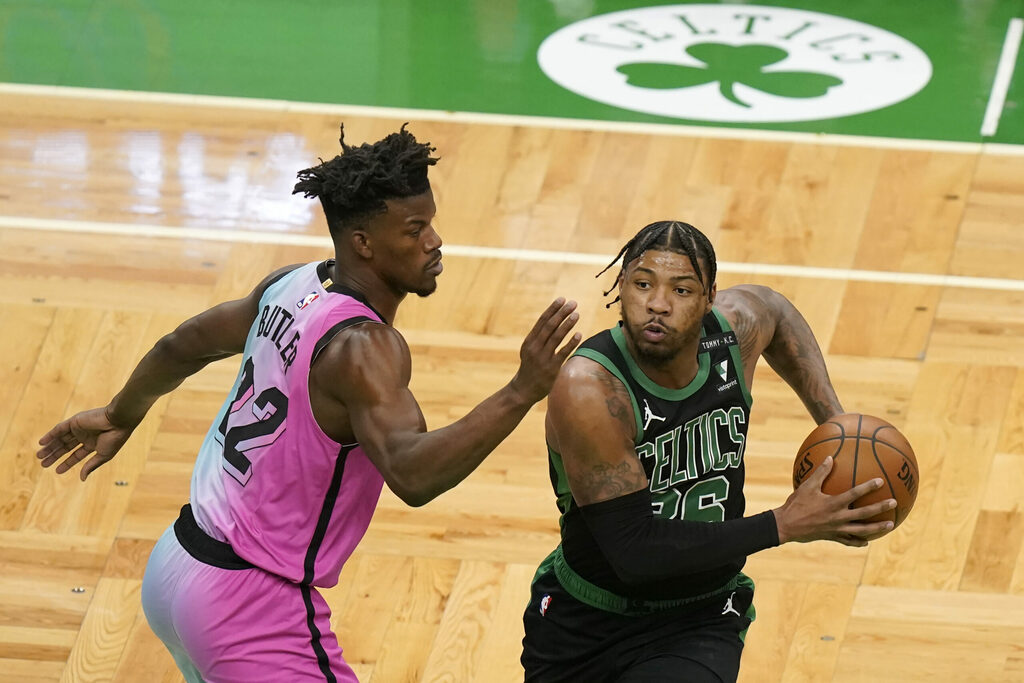 The Boston Celtics full preseason schedule is out, with the team slated to play four friendlies ahead of the 2021-22 NBA regular season, two at home and two away.

The Celtics will likely be using the exhibition series to determine which players they decide to keep for the coming campaign, with a number of players competing for a potential regular or two way deal with the team. Kicking off early in October with a pair of home games followed soon after by two more on the road, it should be a solid test of the strength of Boston-s deeper rotation and a good warm-up to games that count.

Let’s take a look at the four games and three teams in question.

This is every player in Boston’s history who wore the Celtics’ No. 34 jersey for at least one game. https://t.co/wSQO8F1GLS