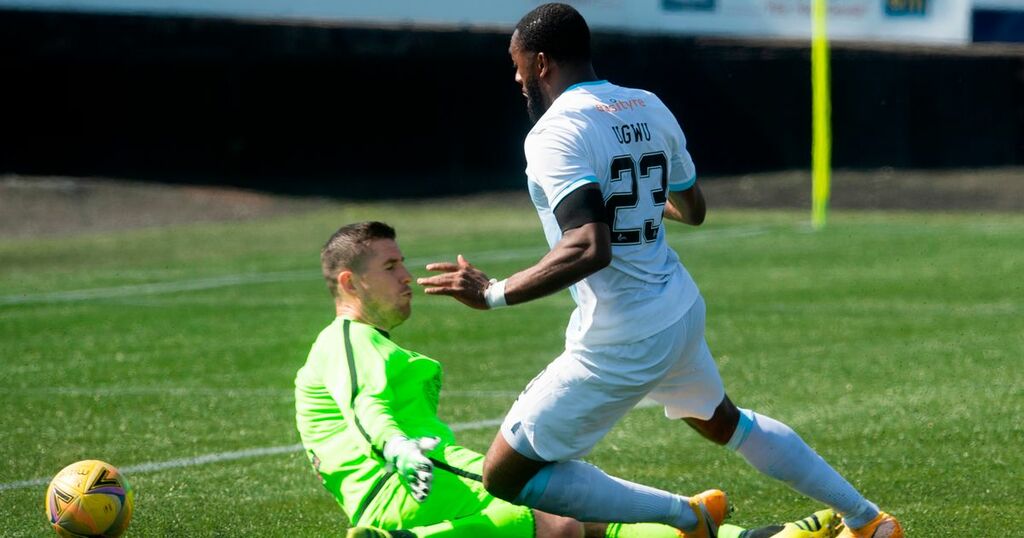 Neil Parry knows Clyde got away with one midweek against Celtic B - but the goalkeeper hopes his side can make it five games unbeaten in the Scottish Cup versus Clydebank after a moment of fortune.

Referee Chris Gentles incensed Celtic with an 88th minute penalty award against Conor Hazard, which David Goodwillie netted to earn a 1-1 draw against Tommy McIntyre's side in the Glasgow Cup.

The Hoops keeper was deemed to have fouled Goodwillie inside the box and was sent off by referee Chris Gentles. But replays showed Hazard was some yards outside the box.

Clyde now look to this weekend's third round Scottish Cup trip against Clydebank, but Parry admits the goalkeeper union left him with midweek sympathy.

"I think big Conor can deem himself a bit unlucky with that one," said Parry. "To me, he was clearly outside the box so I think we got fortunate with that one.

"It looked as if he looked to play the ball, which under new rules, you don't get a red card for. So I felt for the big guy. I've played him a few times when he's been out on loan.

"That's just the way it works out for some goalkeepers. Sometimes you can be a bit unfortunate. I've had a few red cards over the years that I didn't agree with!"

After losing every game in October, Clyde are yet to taste defeat in November, their first win in six coming against East Fife in League One last Saturday.

Now Parry and his teammates will look to avoid a Scottish Cup shock against West of Scotland Football League opposition.

Having watched Clydebank dump League Two Elgin City out the cup, the 36-year-old is wary of a Holm Park shock.

"I think it's already a sell-out so it's the type of game that you want to play in," added Parry. "It will be a great atmosphere and a proper, proper cup tie.

"This is what we have to look forward to. It has to bring the best out in you as a player. I think there would be less of an atmosphere at Elgin away.

"So there's more of an atmosphere. It will be really difficult as they are flying high. They will be seeing us as a scalp to take.

"They'll have a big home support to back them. But we just need to make sure we're at it. As players, you would rather play this than a quiet support."