Ange Postecoglou's side, who secured the championship with a 1-1 draw against Dundee United at Tannadice on Wednesday evening, celebrated their triumph in style thanks to goals from Kyogo Furuhashi (two), Giorgos Giakoumakis (two), David Turnbull and Jota.

Celtic have won 10 of the last 11 Scottish Premiership titles, surrendering their crown to local rivals Rangers last term. The champions finish the season four points clear of Rangers in second, having won 29 of their 38 league games. They lost three of their first six league fixtures but haven't tasted defeat since, going 32 games unbeaten.

"I just want to thank everyone involved, the board management," said Postecoglou on Saturday. "I’ve got the best staff in the land – unbelievable effort. I’ve got a group of players who have been unbelievable. Champions of Scotland and well deserved."

Postecoglou has now won league titles in his native Australia, Japan and Scotland. The 56-year-old has won 18 trophies in management - including the Asian Cup in 2015 as Australia boss. He was recently named the PFA Scotland Manager of the Year.

Will Celtic retain their Scottish Premiership title next season? Let us know in the comments below!

Saturday was also a special afternoon for Tom Rogic, who is leaving Celtic this summer after nine years of service. The Australian midfielder, who's won 16 major honours in Scotland, struggled to hide his emotions when he was substituted against Motherwell.

"I couldn't contain my emotion, it was hard," Rogic told the BBC. "It's a special club, it's been an enormous part of my life. I came here when I was 20, now 29 I've experienced so many memories in that time. Hopefully this is the start under the new manager.

"It wasn't a decision I took lightly, but I feel the timing is right. [This title win] is right up there. Off the back of last season, it's enormous. It's a special season to go out on."

Celtic's title triumph was also a proud moment for Joe Hart, who has reignited his career after failing to make a single league appearance for Tottenham last season. This season is the first time the 35-year-old has played more than 20 league games since 2016-17.

"Everything it was sold to me as – it’s that and more," said Hart when asked about Celtic. “It’s everything that I want to be a part of, especially at this point of my career. The last couple of years in football weren’t what I wanted them to be.

"But life is not perfect and football is not perfect. I went through that period and kept my head down and believed something good would come from it – I’m living that now." 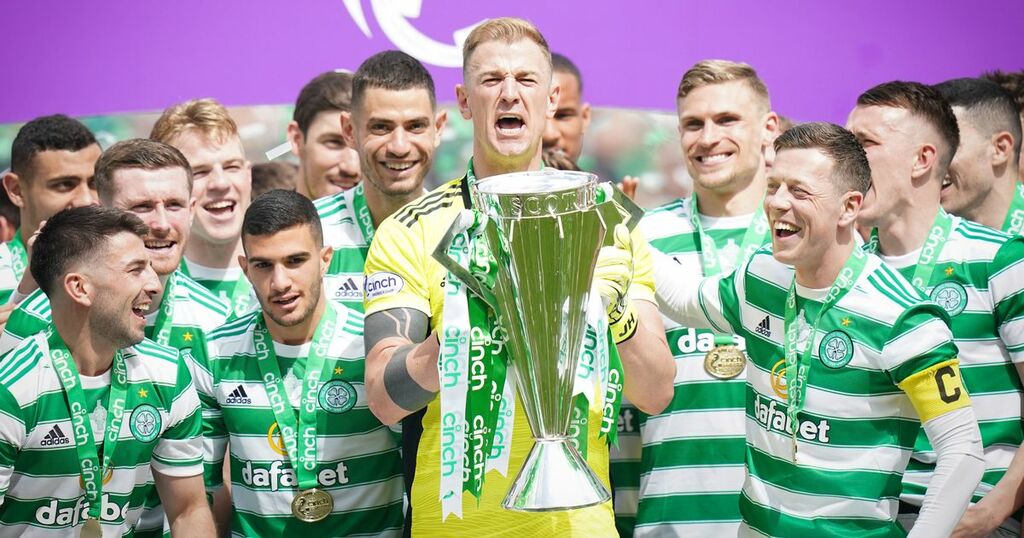