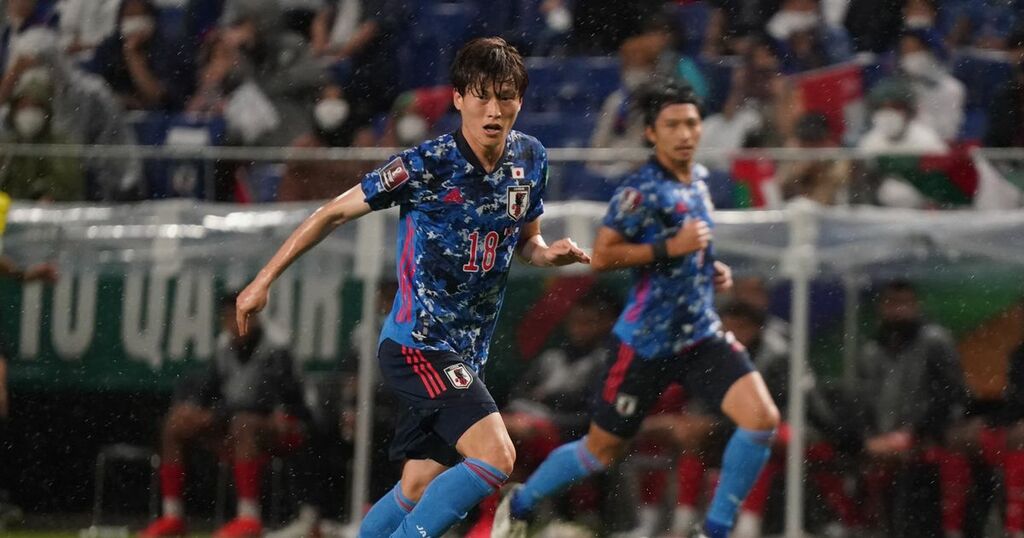 Celtic ace Kyogo helped Japan net a late winner while Hoops fans will have just been grateful he was able to avoid picking up another injury.

The star missed a golden chance to down Australia but it was his pressure that forced the own goal to revive hopes of automatic World Cup qualification.

Kyogo was benched in his country’s home clash against Australia, whose starting line-up featured Parkhead playmaker Tom Rogic, as the Daily Record reports.

Ao Tanaka opened the scoring for the host after just eight minutes when a horrendous error from Aziz Behich allowed the Fortuna Dusseldorf man to finish into the bottom-left corner.

Trent Sainsbury almost fired back straight away from Aaron Mooy’s corner but it was well saved.

Rogic then set up Adam Taggart whose finish was tipped onto the post by keeper Suichi Gonda.

Mooy, linked with former Australia boss Ange Postecoglou and Celtic in the summer, would get on the end of the rebound but his goal-bound finish was hacked off the line.

But despite the late Aussie push in the first period it was Japan that went in at the break a goal to the good.

National legend Keisuke Honda said he was shocked to see Kyogo begin on the bench but the former AC Milan man will have been pleased to see his introduction on the hour mark.

But Japan were pegged back minutes later in bizarre style.

But just as Boyle was preparing to run up, he was told to stop when VAR changed the call to a free-kick as replays showed the foul was outside the box by a matter of inches.

It didn’t matter, however, as Ajdin Hrusic smashed the set-piece in off the bar and Japan’s lead vanished.

So it was on Kyogo to rescue the match but he could only look on as several of his team-mates squandered a bonkers goalmouth scramble with Wataru Endo getting three bites at the chance and Socceroos keeper Mat Ryan making a fabulous double save.

He then floundered when through on goal but with just four minutes to go he tried to follow up Takuma Osano's chip, which clipped the post and bounced yards from the line.

The Celtic hero raced in for the final touch and forced Behich to turn the ball into his own net.

The drama in Saitama has revitalised Japan's challenge in the third phase of AFC World Cup qualifying.

Australia remain top in Group B with nine points after four games but Japan are three behind them and Saudi Arabia.

The first two finishers qualify for Qatar 2022 automatically while Kyogo's country face a play-off with the other third placed finishers in Group A as it stands.