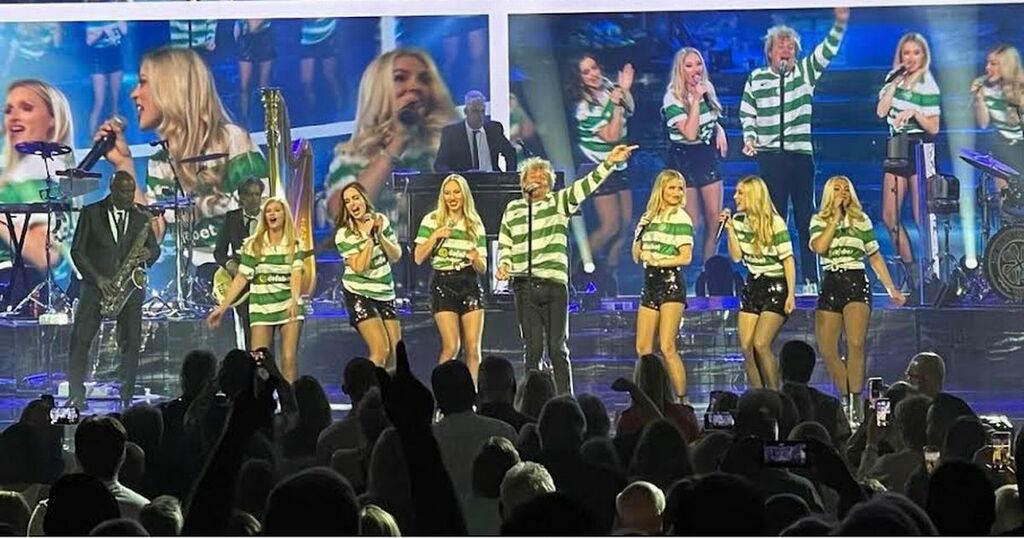 With fans scrambling around to try and find a place to watch the big game with their pals, we've put…

David McCarthy was on the Hotline and the banter between fans of the bitter Glasgow rivals was in full flow.

Pedestrian.tv
From analysis to good news, read the world’s best news in one place
Patrick Beverley Responds to Matt Barnes After CP3 Comments

Rod Stewart beamed with pride in LA today as he celebrated Celtic winning the league.

The Maggie May legend donned his green and white hoops in a super swanky setting after his team scooped the title.

Taking to Instagram, Rod shared a picture of him looking delighted and posing by a Beverly Hills sign.

Many fans flocked to the comments to share their congratulations with Rod.

One wrote: "Congrats from a Rangers Fan."

Another wrote: "congrats to the celts from the Netherlands."

Whilst one said: "Well done. you definitely Rock that colour especially in the Californian sunshine."

Sailing singer Rod has been a huge Celtic fan for many years and previously said he first began following the club in the 1970s after being introduced to late manager Jock Stein by Kenny Dalglish.

He said at the time: "I think we were out for dinner at Dalhousie Castle, and I think it was just after he got married.

"And he took me down and I met Jock Stein, and I don’t know if you ever met the late Jock Stein but once you met him you were a Celtic supporter, because he made football sound like poetry.

"That was the early ‘70s and I’ve been a Celtic supporter ever since."

Last month, after travelling to Scotland for the Old Firm, Rod got behind the bar of a Glasgow pub and started serving pints.

He popped into the The Dirty Duchess in Argyle Street after Celtic drew 1-1 with Rangers at Parkhead.

And the star couldn't resist playing the role of bartender as he decided to get behind the beer pumps and give staff a helping hand.

Rod was pictured behind the bar in their social media post and could be seen having a chat with customers, with a freshly poured beer and Guinness beside him.

People were thrilled to see the music icon get involved with the after party, with one saying: "Good old Rod".

With fans scrambling around to try and find a place to watch the big game with their pals, we've put…

David McCarthy was on the Hotline and the banter between fans of the bitter Glasgow rivals was in full flow.