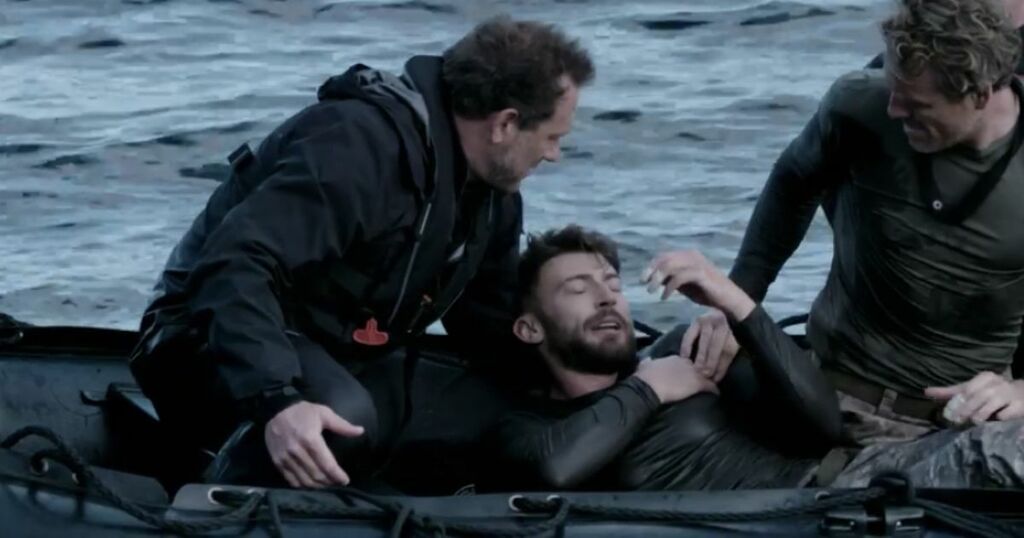 Jake Quickenden was one of four names who withdrew from Channel 4's Celebrity SAS: Who Dares Wins on Sunday.

Admitting he was competitive, he broke down in tears as he learned he would not be able to continue the gruelling challenge.

After coming so far and being a favourite to win with viewers, Jake shocked fans when he was withdrawn from the show on medical grounds.

It came just moments after he sustained a major injury that left him screaming out in agony.

During a speedboat task, the former The X Factor star ruptured his pectoral muscle and his bicep leaving him in pain.

He was taking part in a dangerous task that saw him be pulled out of the water and onto the boat, when he was injured.

Screaming out that something was very wrong, he revealed that he had done something bad to his shoulder - with a medic soon suggesting he may have torn a tendon or the muscles around the bone.

Jake was seen crying as he received medical attention, with him on a drip as he was assessed by the medical team.

After being dragged out of the water he claimed his shoulder was out, before screaming out that it was "bad" and something did not feel right.

While he wasn't told the extent of the injuries on camera, after being taken to hospital he was later told what had happened before he underwent surgery.

Following the show, filmed a year ago, it took months of rehabilitation for him to recover but he is doing fine now.

Viewers were devastated for the star, for him not to make it all the way to the end, with many predicting he would have won the show.

Another said: "Don't care what anyone says, @JakeQuickenden did absolutely amazing! Such a shame he had to leave like that! In my eyes, he went all the way!"

A third added: "No! I can't believe it! @JakeQuickenden I hope the injury is healing well you were fantastic."

Meanwhile, a fourth told the star on Twitter : "@JakeQuickenden gutted for you #SASWhoDaresWins but you should be so proud of yourself."