A host of stars have sent good luck messages to Eurovision hopeful Brooke Scullion as she gears up for her performance tonight at the song contest.

The singer, from Derry, performs That’s Rich in the second semi-final in Turin in Italy, hoping to qualify for the final on Saturday.

Viewers can watch the contest on RTE Two at 8pm.

Read more: When did Ireland last win the Eurovision and how many times did we win?

Yesterday, Brooke was surprised with a compilation of well-wishes from celebrities including Meghan Trainor – who mentored her on the Voice UK.

Meghan said: “Hi superstar Brooke, I love you and miss you. Good luck on Eurovision. You’re going to slay. That’s Rich is a smash. I love you, have so much fun and remember how talented and amazing you are.”

Ronan Keating said: “You are an absolute legend. To stand up on that stage and to wear the Irish colours is a powerful thing. I wish you all the best and we will be watching and voting.”

She told Ray D’Arcy on his RTE Radio 1 show: “I’m not worried for Brooke because honestly all she has to do is go up there and give it her best shot, she’s so engaging.

“The song is such fun and they’ve changed the arrangement slightly and she’s changed her outfit. I think she is going to do very well.

“She has a very good voice. It’s a good strong song, all you can do is give it your best shot.”

Speaking about Dana previously, Brooke told the Irish Mirror: “I have heard from Dana.

“Dana has been really really good. I’ve called her a few times and she’s called me so she’s going to be a big help I think, a really good mentor.

“She’s a great rapport with people.”

Dana told how she is always nervous for the Irish entry but said Brooke is “well prepared”.

She added: “She’s got her family around her and that will give her a lot of support.”

Elsewhere, Paddy Power has revealed bookies could lose €1million if Ireland win the Eurovision this year.

In the past 24 hours, patriotic Irish punters are getting behind Brooke, forcing Paddy Power to cut her odds from 300/1 into 250/1 to win the competition outright. In fact, despite sitting at odds of 1/5 not to qualify for Saturday night’s final, Ireland have been cut from a price of 9/2 into 3/1 to make it through.

Paddy Power spokeswoman Rachael Kane said: “Astonishingly, against all odds (literally), Irish punters are backing Brooke to get into the final for Ireland.

“Our traders have seen 10 times more bets on them to qualify when compared to every other nation represented in Thursday night’s semi.”

The next most popular selection to make it through to the final is Israel, with the bookies reporting they have cut their price from 7/2 into 9/4 to qualify.

After the first batch of nations performed in the qualifying round, Paddy Power revealed Moldova were the big market mover, having been cut from 400/1 to a current price of 60/1.

Eurovision fans fond of a flutter began backing Moldovan Eurovision legends Zdob Si Zdub, who returned for their third shot at winning the contest, this time joined by folk band the Advahov Brothers.

Mrs Kane added: “We looked into the sudden burst of support for Zdob Si Zdub and their song Little Train and have concluded that backers have gone off the rails.

“To our mind, this song doesn’t quite match the heights of the drumming granny or the pointy-hatted unicyclist from 2005 and 2011, so we just can see the draw.”

Read more: Looking back at the first performance of Riverdance at Eurovision 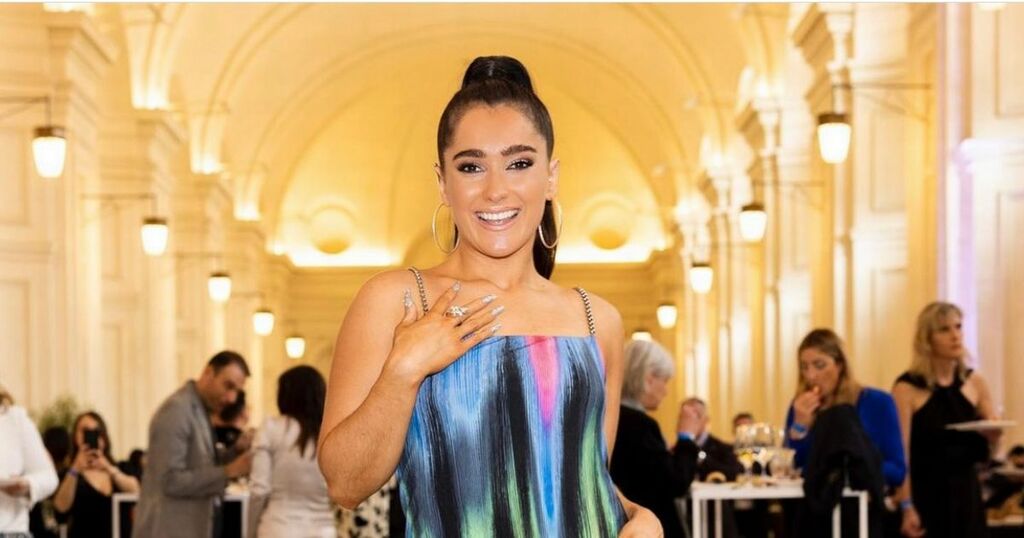 Pop stars Meghan Trainor, Ronan Keating and Mika were among the famous faces sending messages of support to Ireland’s Brooke…

The Derry native was knocked out in the semi-final tonight in Turin, Italy with her song, That's Rich