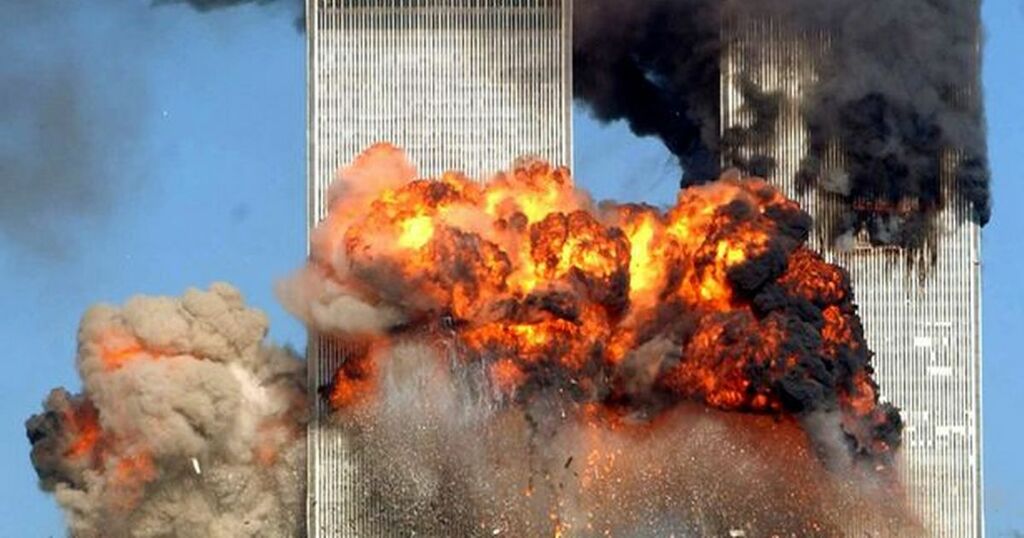 Preparations are underway for the 9/11 Memorial in New York on Saturday, marking the 20th anniversary of the devastating terrorist attack.

Almost 3,000 people died in what is seen as one of the most significant terrorist incidents in history.

Another plane was flown into the Pentagon, and another crashed in Pennsylvania after brave passengers overpowered the hijackers.

The tragedy led to hundreds of people sharing their stories of how they should have been at the World Trade Centre on that faithful day, but luckily, sliding door moments meant they didn’t make it there.

Celebrities also shared their stories on how they narrowly avoided death and the twists of fate that saved them.

On the morning of 9/11, Michael Jackson was due to attend a meeting at the top of one of the sky-scrapers, but he overslept.

The singer had been up late the night before talking to his mum, Katherine and sister Rebbie.

“Thankfully, none of us had had a clue that Michael was due at a meeting that morning at the top of one of the Twin Towers," Jermaine Jackson wrote in his biography, You Are Not Alone: Michael: Through a Brother's Eyes.

"We only discovered this when Mother phoned his hotel to make sure he was OK. She, Rebbie [Jackson] and a few others had left him there around 3am.

"'Mother, I'm OK, thanks to you,'" he told her. 'You kept me up talking so late that I overslept and missed my appointment.'”

Jackson died eight years later after he suffered a cardiac arrest brought on by a prescription pill overdose.

Actor Mark Wahlberg had booked a seat on American Airlines Flight 11 from his home city of Boston to Los Angeles.

At the last minute, Wahlberg and his friend decided to change their plans and charter a plane to a film festival in Toronto, Canada, instead.

The actor later found himself in hot water after he claimed that if he had been on the plane, he would have overpowered the terrorists.

“If I was on that plane with my kids, it wouldn’t have went down like it did,” he told Men's Journal.

“There would have been a lot of blood in that first-class cabin and then me saying, ‘OK, we’re going to land somewhere safely, don’t worry.’”

He subsequently apologised, admitting, "To speculate about such a situation is ridiculous, to begin with, and to suggest I would have done anything differently than the passengers on that plane was irresponsible.

"I deeply apologise to the families of the victims that my answer came off as insensitive, it was certainly not my intention.”

Family Guy creator Seth MacFarlane was due to catch the same flight as Mark Wahlberg but after a heavy night of drinking and a mix up with his booking MacFarlane arrived late.

His travel agent told him his flight was at 7.45am and was due to leave at 8.15am. However, when he arrived, the boarding gate was already closed.

He said: “I was booked on that flight and I was drinking the night before and hung over and I missed the plane by about 10 minutes. It was a very close call for me."

Flight 11 struck the north tower just an hour later, killing everyone on board.

While Gwyneth Paltrow wasn’t caught up in the tragedy herself, she was the saving grace for one office worker.

Lara Lundstrom Clarke was rollerblading along the Hudson River when she crossed the road and jaywalked in front of Paltrow’s silver Mercedes SUV.

Starstruck, Lara couldn’t believe her eyes that the actress was in the car right in front of her and stopped to get a better look before moving out of the way.

The pause caused Lara to miss her train to the World Trade Centre, where she worked on the 77th floor of the south tower.

Ten years after the attack, Lara got back in touch with Paltrow saying the encounter "still gives me chills".

She said: “I can’t quite believe how many other people changed the course of strangers’ lives that day.”

The Duchess of York’s charity, Chances for Children, had its offices on the 101th floor of the north tower of the World Trade Centre.

Sarah Ferguson was due to attend a meeting there that morning, but an interview with Matt Lauer at the nearby NBC studios ran late, saving the Duchess from attending the meeting.

While none of her staff died in the tragedy, 700 workers from the financial firm Cantor Fitzgerald who had let them use part of their office space for free perished.

The actor was not caught up in the 9/11 attack but in a dummy run just 11 days before the real thing.

When Lowe caught his usual flight from Washington DC to Los Angeles after filming The West Wing, nothing seemed unusual.

Later he discovered he had flown alongside the terrorists and was called to give evidence against attacker Zacarias Moussaoui.

"I flew with the 9/11 hijackers on the dry run, without realising. I was shooting The West Wing in DC at the time, and I always took the flight that leaves Dulles to Los Angeles that they eventually put into the Pentagon," he said.

"I made the flight a lot and I didn’t think anything of it. I got on the flight and it was packed, small plane.