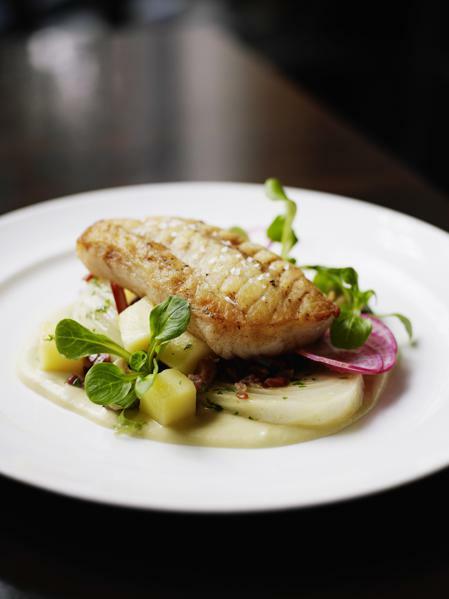 Something’s fishy about a new Salmonella Thompson outbreak that has already left at least 102 people ill and 19 hospitalized. The Centers for Disease Control and Prevention (CDC) can already see the culprit. It’s seafood and not just any seafood. It’s specifically seafood that’s been distributed by Northeast Seafood Products, which is headquartered in Denver, Colorado.

Here’s a tweet from the CDC on the outbreak:

Although Salmonella Thompson cases in this outbreak do already span 14 different states, the bulk of the cases have been in Colorado so far. The contaminated Northeast Seafood Products have gone largely to restaurants and grocery stores such as Albertsons, Safeway, and Sprouts in Colorado. There isn’t just one type of fish at fault. In other words, it’s not all about the Bass. Instead, in addition to Farm Raised Striped Bass, other types of fish including Haddock, Monkfish, Bone-in Trout, Grouper, Red Snapper, Red Rock Cod, Ocean Perch, Pacific Cod, Halibut, Coho Salmon, Atlantic Salmon Portions, Lane Snapper, Tilapia, All Natural Salmon Fillet, and Pacific Sole may be contaminated. Some of those who have gotten sick have eaten the seafood raw. Others have eaten it cooked.

Note that this new outbreak, announced yesterday by the CDC, is a different separate outbreak from the one that I covered for Forbes on September 26. That other outbreak involves Salmonella Oranienburg rather than Salmonella Thompson, is still ongoing, and has now affected at least 419 people, leaving 66 hospitalized across 35 states. That origin of the Salmonella Oranienburg outbreak remains unknown. In fact, the CDC continue to list the Salmonella Oranienburg outbreak as a “Salmonella Outbreak with Unknown Food Source.” That uncertainty can seem a bit disconcerting because you still don’t quite know what specific food items to avoid. Obviously, “avoid all food” would not be an option unless you are a ficus plant that can photosynthesize. Until a clear source of the Salmonella Oranienburg outbreak is identified, the only thing that you can do is keep practicing good general food safety precautions such as washing your hands frequently and thoroughly, cooking/heating food to adequately high temperatures, properly refrigerating food products, and keeping your cooking and serving objects and surfaces clean. Also, don’t eat anything that looks suspicious, even though Salmonella contaminated food can look and smell perfectly fine. If your food argues back at you or tries to run away, then don’t eat it.

It’s a lot easier to contain and control a Salmonella outbreak when the food source is clearly known as is the case for this latest Salmonella Thompson outbreak. Northeast Seafood Products has already issued a voluntary recall of all its potentially affected products, according to the U.S. Food and Drug Administration (FDA). This recall includes the aforementioned types of fish that were distributed from May 2021 to October 7, 2021. The FDA advises that “consumers, restaurants, and retailers should not eat, sell, or serve any recalled seafood.” This is good advice in general. When you are at a restaurant and deciding what to order, don’t say, “I’m really interested in having some recalled seafood. Could your bring it out with some ketchup please?” Instead, avoid such recalled products and return them to where you purchased them for a full refund.

As I have covered before for Forbes, don’t play diarrhea roulette with anything that may have been contaminated with Salmonella. It can leave you with four to seven days of bloody diarrhea, fever, and stomach cramps. If you have a weaker immune system, which happens when you get older, you can have much more serious and potentially life-threatening complications. It’s one thing to eat some good fresh salmon. It’s some thing totally different to eat Salmonella.