Another series of raids on Anil Deshmukh’s houses 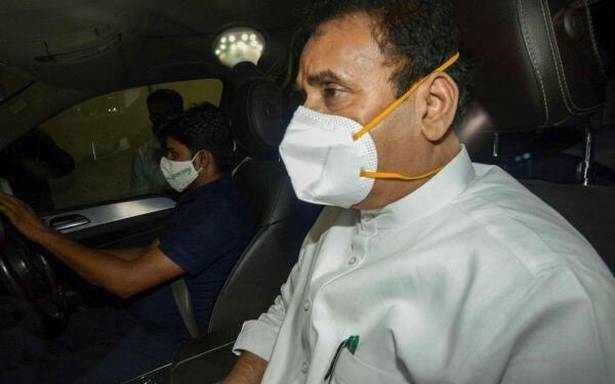 In yet another series of raids against Nationalist Congress Party (NCP) leader and Maharashtra’s former Home Minister Anil Deshmukh, the CBI searched his houses in Nagpur and Mumbai in connection with the leak of preliminary enquiry report against him.

The report had allegedly given clean chit to the former Minister which was later overruled by the top officials of the Central investigation agency. The CBI has already arrested Mr. Deshmukh’s lawyer Anand Daga and CBI Inspector Abhishek Tiwari for leaking the report and influencing the case.

Earlier in the day, it was rumoured that Mr .Deshmukh’s son Salil and daughter-in-law Riddhi would be arrested as the CBI team had come with the arrest warrant for the both. CBI sources however did not confirm it.

Both the CBI and the Enforcement Directorate (ED) have raided Mr. Deshmukh’s residential and commercial establishments several times in the past few months. His party NCP came down on the agency over the repeated raids, terming it as harassment.

“This is nothing but pure harassment of an individual. How many times do they want to search the residences of Anil Deshmukh? If they want, they should permanently take possession of the residence and give a place to live on rent to Deshmukh,” said NCP’s State president Jayant Patil.