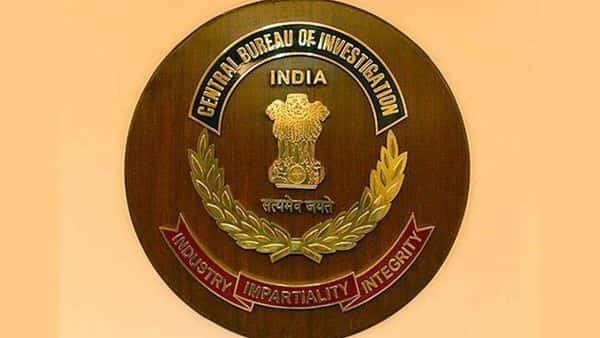 The arrested officials were identified as Nimesh Manger, Regional Head, Agro Division, who is based in Ahmedabad, and Saurabh Bhasin, Recovery Head of the bank who is based in Pune.

A businessman from Gandhinagar and 12 members of his family who own agricultural land in Arvalli district applied for a loan under the `Development of Commercial Horticulture through Production and Post Harvest Management of Horticulture Scheme' of the National Horticulture Board in 2016, the CBI release said.

Under the scheme, the Union government gives 50% subsidy on project cost. Ratnakar Bank's Ahmedabad branch disbursed the businessman a loan of ₹10.87 crore, which was 75% of the project cost, in the same year.

But in 2017 his application for subsidy was rejected by the National Horticulture Board (NHB). The NHB sought a valuation certificate of mortgaged properties from the lending bank for sanctioning subsidy.

Despite several applications, the bank did not issue the certificate he needed, the businessman alleged. Eventually, all the 13 loan accounts of the complainant and his family members turned non-performing assets as they could not pay repayment installments.

As per the businessman, when he visited the bank earlier this month, Bhasin allegedly demanded ₹1 crore to issue the valuation certificates, and later agreed to accept ₹30 lakh. Bhasin allegedly asked him to pay the money to Nimesh Manger.

After the businessman filed a complaint, the CBI laid a trap and caught Manger red-handed while accepting ₹30 lakh on Friday morning. Bhasin was arrested in Pune subsequently, said the release.

Searches were also conducted at five locations including the offices and residential premises of both the accused at Ahmedabad, Pune and Delhi, the CBI said, adding that probe was on.