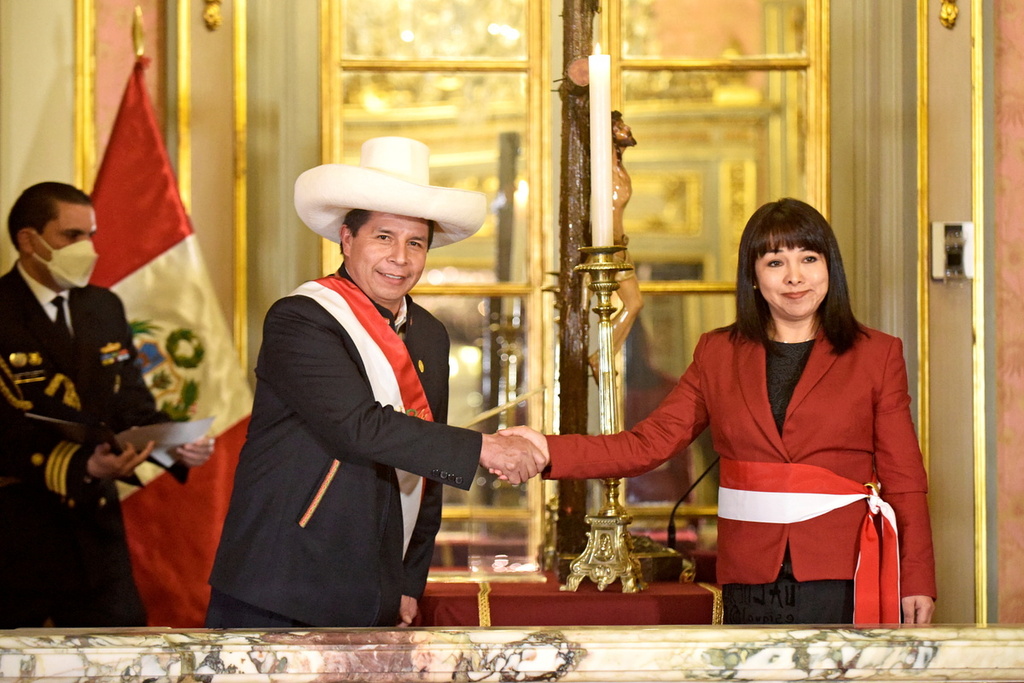 Peru's ruling Marxist party said on Thursday that the government of President Pedro Castillo has swerved towards the right and that it would withhold support for what it called a "caviar cabinet" in the opposition-dominated Congress.

Castillo, an elementary school teacher who won a shock election earlier this year running for the Peru Libre party, reshuffled his cabinet last week, replacing his far-left prime minister and other ministers with more moderate officials.

The shift towards the center has bolstered Peru's financial markets but created a rift with the hard-core wing of his socialist party, foreshadowing a more hostile political arena ahead for Castillo who rode to power pledging major reforms.

The breakaway by his party, however, is unlikely to be enough to torpedo the new cabinet, with a fragmented Congress seen to be generally in favor of the more moderate make-up.

On Wednesday, the sol currency of the world's No. 2 copper-producing country hit its strongest level since Castillo took office in late July.

Castillo's abrupt rise to the presidency had rattled markets and investors, concerned over his calls during the campaign for major reform of mining taxes and plans to redraft the market-friendly constitution.

"There is an undeniable political turn of the government and its cabinet towards the center-right," Peru Libre said in a statement on Twitter posted by party leader Vladimir Cerrón, a doctor and admirer of leftist governments in Cuba and Venezuela.

The party's statement came after a national assembly of its leaders on Wednesday, Cerrón said.

Peru Libre has 37 representatives in Peru's unicameral Congress of 130 legislators, the largest single party bloc. The right-wing and center-right parties, led by the party of former presidential candidate Keiko Fujimori, make up an opposition majority albeit in the assembly.

The Marxist party also announced plans to shake up its legislators in Congress, after some lawmakers from the group allied to the president signaled support for the reshuffle.

"We will not cast a vote of confidence in the caviar cabinet," the party statement said, using a mocking term it often deploys against moderate, progressive leftists.

Vásquez will appear in Congress in the next few days to seek approval for her cabinet team.