Catholic school teachers in NSW and ACT will walk off the job on Friday in the first full-day strike in almost 20 years.

The Independent Education Union is calling for a 10 to 15 per cent pay rise over two years and measures to cut paperwork, allow more planning time and end staff shortages.

The 11 diocese involved in the negotiations have indicated they would keep in step with NSW government pay increases for public school staff, which is currently capped at 2.5 per cent.

NSW Premier Dominic Perrottet hinted at an increase to the wage cap as pay negotiations have been deferred until after the state budget in June.

"If there is no improved offer after Friday, the IEU executive will meet to consider further industrial action."

Mr Northam said one diocese had offered an increase that would exceed the pay cap but did not come close to the union's claim.

In the ACT, 10 schools had already scheduled a pupil free day as a staff planning day.

Within the archdiocese, two ACT schools and four NSW schools will close completely.

Minimal supervision will be offered at 11 NSW schools and 11 ACT schools.

Operations will be unaffected at six ACT schools and 12 NSW schools, despite the school chapters voting for industrial action.

Parents were urged to keep their children home if possible or to indicate to their school if they required supervision for the day.

Catholic Education Director Canberra Goulburn Ross Fox previously expressed concern over the further disruption to students' education and urged the union to continue working towards a fair and just outcome for employees.

"We have made clear our commitment to work collaboratively with the union to deliver improved pay and conditions," he said. 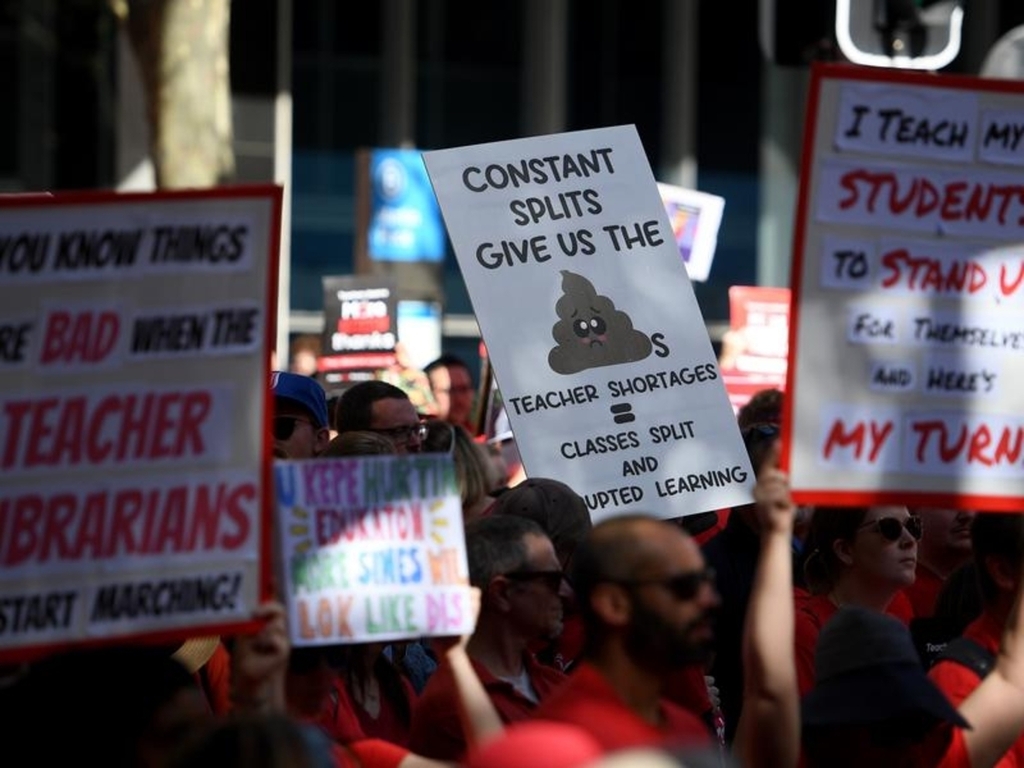 AAP
One subscription that gives you access to news from hundreds of sites
Striking Catholic school teachers say low pay, burnout is driving people out

"We are tired and we are ready to walk away, but we can't do it because our students will always…