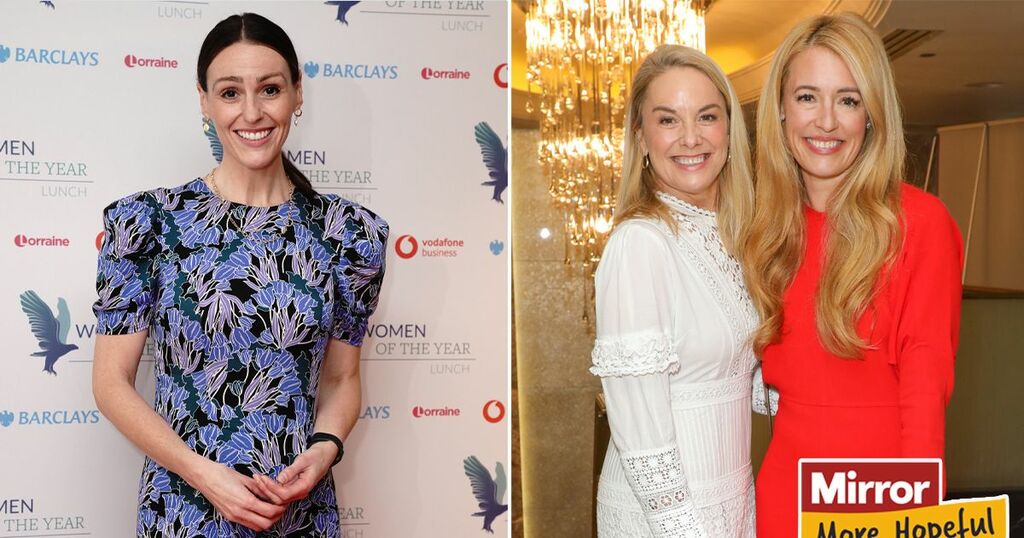 Britain’s leading ladies including Suranne Jones, Lorraine Kelly and Cat Deeley joined forces in London today for the Women of the Year awards.

The annual luncheon, held at the Royal Lancaster Hotel, aims to celebrate high-achieving and inspiring women from around the country.

Naturally, this year proved to be more inspiring than any other - and to mark the occasion dozens of celebs flocked to see who took home gongs.

Even each guest is nominated by a member of the Women of the Year Council in recognition of her personal achievement or inspiration.

Among the guests was Suranne, who wore an elegant blue and navy floor length dress with white trainers, was among the first to arrive.

The actress has just wrapped filming the latest series of Gentleman Jack, after storming Sunday evenings as part of gritty murder-mystery thriller, Vigil.

Cat Deeley, who returned to our screens at the end of last year in an SM:TV Live special with Ant and Dec, looked gorgeous in a bright red number.

She wore strappy sandals that matched her bag as she beamed on the red carpet.

Dame Esther Rantzen arrived in a matching jacket and trousers in order to collect her own award - taking home the esteemed Lifetime Achievement Award at the 67th ceremony.

Love Island star Laura Whitmore, who released a motivational self-help book this year and is a UNICEF Goodwill Ambassador, also managed to nail the smart-casual assignment with an oversized blazer jacket with matching trousers.

Complimenting her look with a simple white t-shirt underneath, the new mum joined the other ladies at the celebration.

TV presenter Anneka Rice looked every inch her 'Challenge Anneka' alter-ego in a jumpsuit with sewn-on badges and a huge belt to cinch in her waist.

Other attendees included Eastenders' icons Tracey-Ann Oberman and Tamzin Outhwaite, who both appeared to show their support.

Lorraine Kelly was ready for action as always in a simple tan jumpsuit as she prepared to give out some of the awards.

But the true stars of the day were the awards winners - which included Mursal Hedayat MBE, who was awarded the Barclays Woman in the Community Award.

Mursal, who arrived in a cream dress, is the CEO of tech company Chatterbox, an online language teaching platform that hires refugees and native speakers to encourage accurate learning.

Vodafone's Woman of the Year Innovation Award was given to Heba Bevan, CEO of Utterberry and considered a pioneer in STEM (science, technology, economics and maths) education.