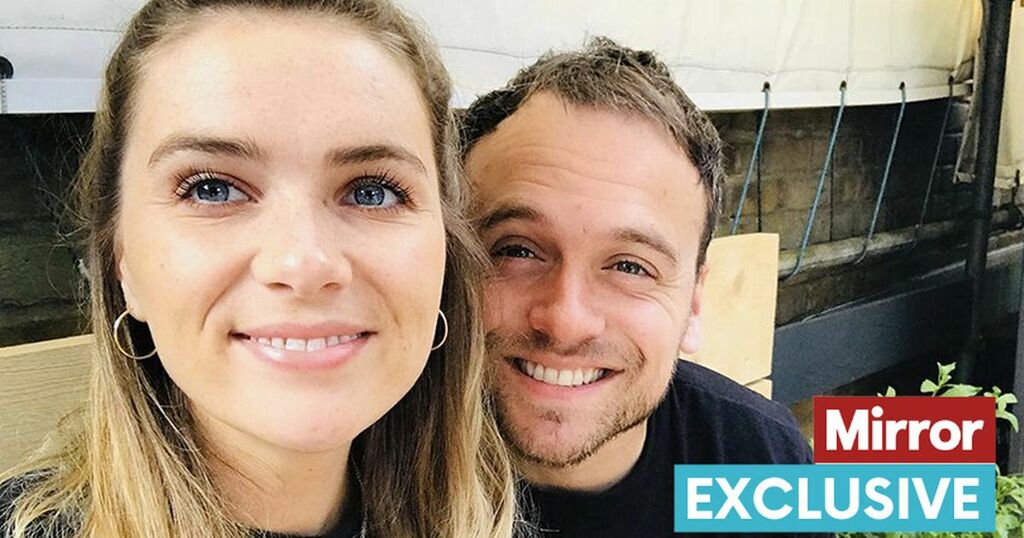 It's a love story too slow-burning for a telly soap opera.

But actress Chelsea Halfpenny is set to marry the man of her dreams – after first setting eyes on him 16 years ago as a love-struck teenager.

The former Emmerdale star only met James Baxter once at a drama workshop when she was 14.

While he barely noticed her, she was instantly smitten. Over the coming years she followed his career from a distance.

It wasn’t until 2018 that they finally met for the first time as adults.

Six months later, James, 31, asked her out on a date and last year the couple got engaged.

Former Casualty star Chelsea, 30, said: “If you’d told those two teenagers then that they’d be getting married 16 years later they’d have thought it was mad!

"I really fancied him and he did not fancy me at all! He’s a year older and I thought he was really cool, but I also remember thinking – ‘Well, no wonder he’s not interested, because he’s just so much older than me!’

“We never kept in touch because he had no interest in me at all.

“I just really remembered him because I liked him so much.”

In 2010 Chelsea landed a role in Emmerdale herself, as rebellious teenager Amy Wyatt, the foster daughter of Val and Eric Pollard.

But the couple seemed destined never to meet, with James leaving the show months before she arrived.

Chelsea recalls: “When I joined Emmerdale, a few people would speak about James, because he’d only left a year before.

“I knew exactly who they meant because I remembered this gorgeous boy with the spiky hair that I fancied so much.

That all changed at the 2018 National Television Awards.

Chelsea, who played medical registrar Alicia Munroe, was there with Casualty pals and James was with the Still Open All Hours crew, the corner-shop comedy in which he starred with David Jason.

She said: “We bumped into each other... the stars just sort of aligned.

“It was another six months before we got together and this time it was the other way round – he was chasing me!

“It was soon after we got together that I told him I’d fancied him as a kid. I don’t think he believed me to start with!”

The couple got engaged last summer but their wedding plans are on hold for a year while Chelsea tours the UK in romantic musical comedy Waitress, alongside Busted’s Matt Willis.

The part could not have come at a better time for Chelsea, who quit Casualty after four years, then turned down the chance to return to Emmerdale in the same year.

She recalls: “I’d just left Casualty because I wanted to be challenged creatively with a new role, so it didn’t make sense to go back to Emmerdale.

“It was hard, because I didn’t have any other jobs in the pipeline. But... it didn’t feel like the right thing.”

Chelsea was cast as Judy in 9-5 The Musical in London’s West End – but the job was brought to an abrupt halt by the first lockdown, in March 2020.

Chelsea, who lives in London with James, spent lockdown with him and his parents in the North East.

She explained: “When the restrictions opened a little bit it meant I was able to visit my family as well.

Chelsea says while she is glad to be back at work, lockdown gave her the chance to try some “weird hobbies”.

She said: “I started doing macramé and making plant pot holders out of rope... things that in your normal life you’d never have time to do!”

*Chelsea is Jenna in the UK tour of Waitress – waitressthemusical.co.uk