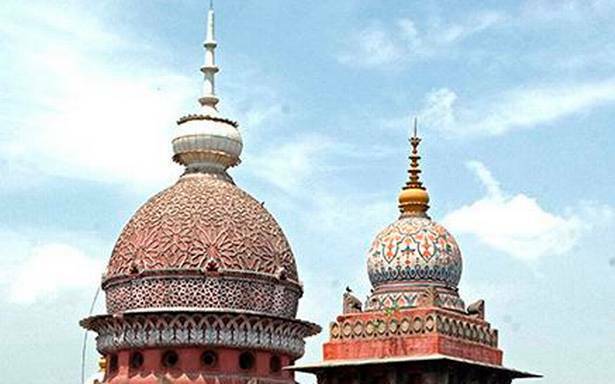 The Madras High Court on Tuesday ordered notice to the Centre on a writ petition that challenged Section 57 of the Constitution (Forty Second Amendment) Act of 1976, through which the subject ‘education’ was transferred from the State list to the Concurrent list, which contains subjects on which both the Centre and the States can enact laws.

The Constitutional amendment has been challenged on the grounds that it had resulted in upsetting the federal structure which is a basic feature of the Constitution.

Chief Justice Sanjib Banerjee and Justice P.D. Audikesavalu suo motu included the State government too as one of the respondents to the case. They ordered that the Centre and the State government should file their counter affidavits within eight weeks and decided to hear the case next after 10 weeks.

The orders were passed after hearing senior counsel N.R. Elango for the petitioner and Additional Solicitor General R. Sankaranarayanan who pointed out that moving a subject from one to list to another in the seventh schedule to the Constitution could not be done unilaterally by the Parliament and that it requires a special procedure of obtaining ratification by the States. Denying any threat to the federal structure, the ASG said education had been moved only from State list to Concurrent list and not to the Union list. After making these oral submissions, he sought time to file a detailed counter affidavit.

Chennai-based Aram Seyya Virumbu Trust, that provides legal assistance to the poor, had filed the writ petition. Filing an affidavit in a representative capacity, one of its trustees, Ezhilan Naganathan, a doctor by profession and now a Member of the Legislative Assembly representing Thousand Lights constituency, said retired High Court judges G.M. Akbar Ali and C.T. Selvam as well as Readers’ Editor of The Hindu A.S. Panneerselvan were among the other trustees. He claimed that all the trustees had unanimously decided to file the present writ petition and authorised him to file the affidavit.

He pointed out that education was a provincial subject even during the colonial era and referred to the Government of India Act of 1935. Post Independence too, the framers of the Constitution thought it fit to keep education under the State list and only the subject of maintenance of standards in higher education was conferred on the Union.

The petitioner trust cited Constituent Assembly debates to highlight how its members had batted in favour of keeping education under the control of the State governments and opposed any move to make it a Central subject. It said Marathi freedom fighter V.S. Sarwate had argued that if the provinces did not have sufficient resources for advancing education, then the alternative should be not to transfer education to the Centre but to make the provinces have sufficient resources.

T.T. Krishnamachari too had echoed similar sentiments and ultimately, the Constituent Assembly found favour with the argument that education was primarily a provincial/State subject and that the Union should not interfere in this domain. However, this situation was overturned through the 1976 constitutional amendment and the exercise of legislative/executive authority of the State in the matter of education was made subordinate to the authority of the Centre, the trust complained.

This amendment disturbed the federal balance and gradually, the Parliament began legislating in a manner that had made the federal imbalance more apparent and pronounced. It was evident from the National Council of Teacher Education (NCTE) Act of 1993, the NCTE (Determination of Minimum Qualifications for Persons to be recruited as Teachers and Physical Education Teacher in pre-primary, upper primary, secondary, senior secondary or intermediate schools or colleges) Regulations of 2014 and the National Education Policy (NEP) of 2020, the trust said.

“Prescribing minimum qualifications for the teachers of basic education disturbs the State autonomy and fails to recognise that the State is a legitimate stakeholder in assessing the needs and requirements of the teaching profession,” the affidavit read and pointed out that the NEP had also envisaged many centralised agencies which would effectively control all aspects of education in the country.

“Implementation of NEP will lead to a situation where the autonomy of the States in the field of education will be completely taken away thereby striking at the very root of the federal structure,” the trust said and pointed out that education continued to be treated as a provincial/State subject in contemporary large democracies such as Canada, Australia and the United States.

The trust urged the court to strike down Section 57 of the 1976 Act and consequently restore the position of education as a State subject.