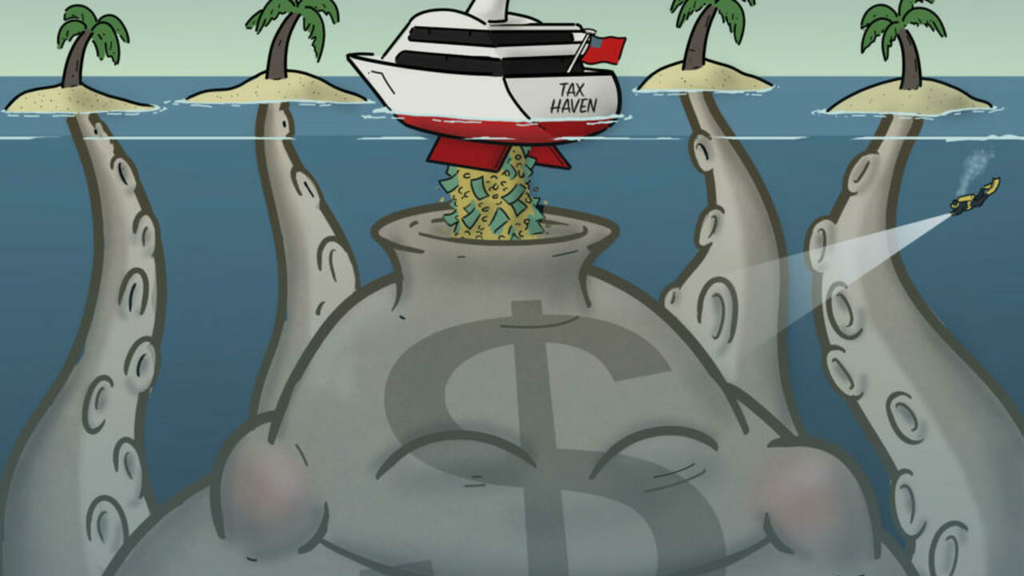 The Pandora Papers released by the International Consortium of Investigative Journalists (ICIJ) showed how the rich and powerful use tax havens to hide their wealth. Dutch cartoonist Tjeerd Royaards targeted them with his satire, in a cartoon displaying a boat marked “tax haven” disgorging cash into a giant grey octopus bearing a dollar sign.

Public figures including Jordan’s King Abdullah II, former British prime minister Tony Blair, the Spanish crooner Julio Iglesias and the Colombian pop superstar Shakira are just some of the famous names to have been embarrassed by revelations in the ICIJ’s report published in October 3 in association with 150 international media outlets.

Leaking some 11.9 million documents from 14 financial services companies around the world, the Pandora Papers are the latest in a series of mass ICIJ leaks of financial documents that started with LuxLeaks in 2014, followed by the explosive Panama Papers revealed in 2016.

Speaking to FRANCE 24, Maxime Vaudano, a journalist at the French daily Le Monde – one of the ICIJ’s media partners – said one of the most sensational findings of the Pandora Papers was the number of politicians named in the documents. “It’s more than twice as many as in the Panama Papers,” said Vaudano.

“Another major finding was the fact that there are new tax havens that we didn’t know so much about before, including in the US,” he added. “For example, South Dakota is appearing as a big tax haven and has taken over when other tax havens like Bermuda or Bahamas were forced to reform.”

Cartooning for Peace is an international network of cartoonists committed to promoting freedom of expression, human rights and mutual respect between people of different cultures and beliefs through the universality of press cartoons.