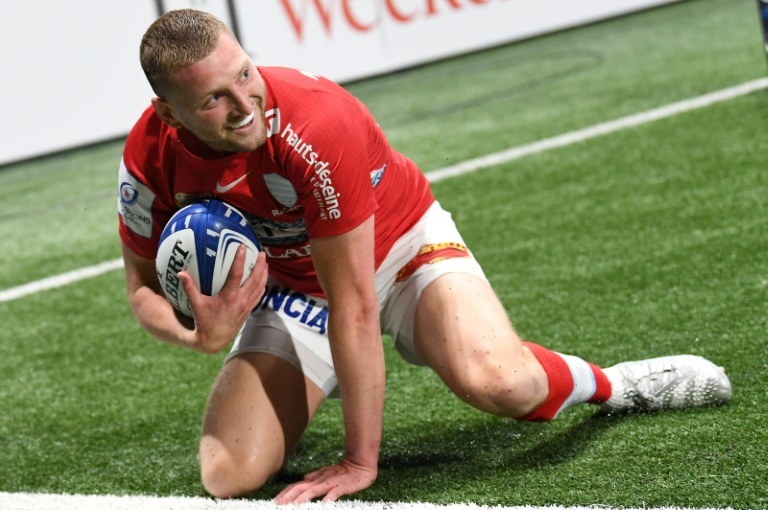 The first knockout phase will feature eight games on one weekend, before quarter-finals take place a week later

Paris (AFP) - Booted out of their home stadium by a hip hop concert, Racing 92 are trying to make the best of hosting their European Champions Cup rugby semi-final almost 200km away in Lens.

They are bringing back All Black legend Dan Carter to take the ceremonial kick off before Sunday's all-French encounter with last year's finalists La Rochelle.

Club officials are also talking of spreading the rugby gospel in football country on Sunday.

It "will be an opportunity to bring high-level rugby to Lens", the club's sporting director Yannick Nyanga told AFP on Wednesday.

Racing have organised buses to take their fans from western Paris to the game.

When they get there they will see Carter, a three time world player of the year and double World Cup winner, who played for Racing 92 kicking the ball again and then cheering on the team.

"We'll have a great supporter: Dan Carter is in France," said Nyanga.

"It will be an opportunity to see a legend of ours as well as  a very high level match."

By the time they beat Sale last Sunday in the quarterfinals, their Paris-La Defense Arena had long been booked for a concert by French hip hop group Sexion d'Assaut.

It is not an isolated incident in this year's European Cup.

For their home quarterfinal against Toulouse last weekend, Munster had to move the game from Limerick to Dublin, forced to flee their Thomond Park fortress by an Ed Sheeran concert.

Nyanga said Racing had no choice.

"We have a venue that does not only host rugby," said Nyanga.

"When we have events that are planned one or two years in advance, we cannot decently block it in case we have to play a semi-final.

"The Arena's business model would no longer be viable."

The switch complicates the journey for La Rochelle, which lies in exactly the opposite direction, and their fans, who already faced a long but straight-forward 440km trip to the capital.

"It was not an attempt to get at La Rochelle, as we have read, but for the good of Racing," said Nyanga.

"Instead of complaining, we try to find solutions.One of them is to bring Racing and high-level rugby to regions that are not used to it."

"We're going up on Thursday, the coaching staffs will meet.When you see what they do in soccer, at the professional level...It remains an example, it's exceptional," Nyanga said.

The first knockout phase will feature eight games on one weekend, before quarter-finals take place a week later