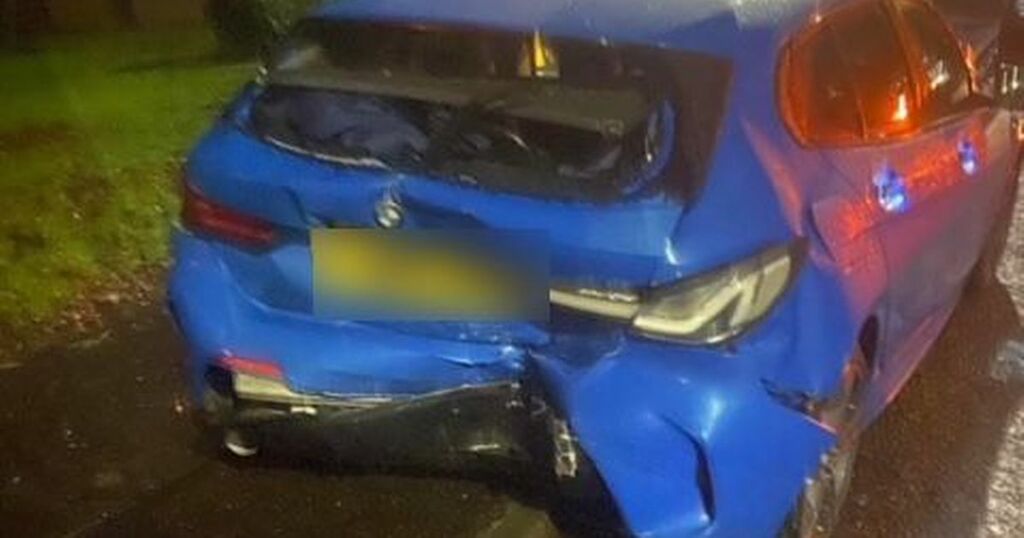 Two cars have been left badly damaged after a crash in Grangemouth during the early hours of this morning with one driver fleeing the scene.

Cops were called to Kersiebank Avenue in the town shortly after midnight following reports a Ford Focus had smashed into a parked BMW.

The car was then abandoned in the middle of the road after the occupants made off towards Inchyra Park.

Pictures show extensive damage to both vehicles. Nobody was injured.

Officers have now started an investigation and are asking anyone who witnessed anything to get in touch.

A Police Scotland spokesperson said: "We were made aware of a collision between a car and a parked vehicle on Kersiebank Avenue in Grangemouth around 12.15pm on Tuesday, 11 January.

"The occupants of the car left the scene prior to police arrival and enquiries are ongoing to trace them.

"Nobody has presented as injured following the incident."