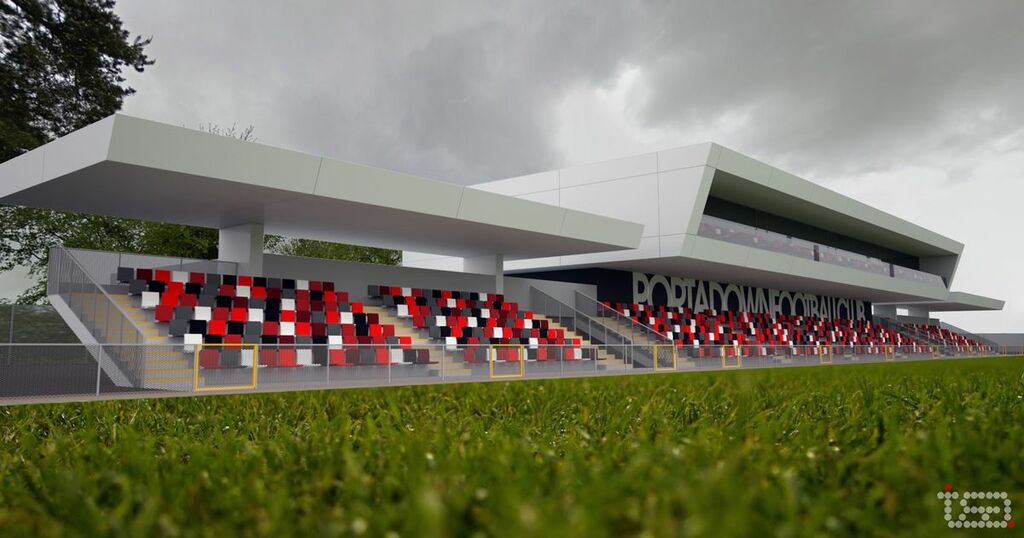 A year on from the silence, Mirror Football has asked a panel of diversity leaders for their thoughts on what…

Female Football Week is being celebrated in the region.

A Carryduff football team says that it is in desperate need of improved facilities and pitches in the town to support their growing numbers.

Carryduff Colts have said that the facilities they are using at the Lough Moss Leisure Centre are in need of investment and improvement in order to suitably manage the number of people who are playing football every week.

During the winter months in particular, teams are having to travel to pitches across Belfast and other parts of Co Down in order to train as there are no suitable ones that can be used in Carryduff.

Read more: Carryduff residents 'fed up' as town is 'besieged by roadworks'

The club currently has over 760 members who play with them every week, with some year groups having more than 70 boys and girls taking part. It has had to turn children away from playing for certain teams due to the large numbers already taking part.

Belfast Live spoke with Mark Hanvey, Laura Gamble, Pat Neeson and club chairman Eamon Deeny, who highlighted some of the issues the club has been facing acquiring pitch space and how there is likely to be even more pressure on sports facilities in Carryduff in the future.

Laura Gamble, U12 and U13s coach, said: "We are in desperate need of some investment into pitches and the facilities we have here in Carryduff because we are struggling to find the space for the numbers that we have at the club at the moment.

"We only have a few pitches here at Lough Moss which we can only use in the brighter evenings due to the lack of flood lights and we have to stagger training times so that we are able to have enough space to provide a pitch for everyone playing.

"In the winter months we have to go elsewhere to Cooke Rugby Club at Shaws Bridge or even to Our Lady and St Patrick's College in East Belfast, which can be difficult for our families living in Carryduff who would otherwise be a couple of minutes away from where we train."

Club welfare officer, Pat Neeson highlighted that the club was more than just a football team and that it is an important part of the community in Carryduff.

She said: "Carryduff Colts has become an important part of the town and we are not just providing young people with a space to play football and improve their fitness and wellbeing, but through our community outreach we are helping them grow and develop to achieve their full potential.

"If we had the facilities that we need, we would not be in the position where we are having to turn children away from joining teams because we have too many already. This includes the siblings of players already at the club.

"Carryduff is only getting bigger so the demand for pitches is only going to grow with the town and we need to be able to provide them.

"At the moment Lough Moss isn't big enough and requires a lot of work to bring the pitches up to a higher standard. Even some investment in the leisure centre itself would go a long way. This club has already become a hub in the community where people are able to meet up while their children play football, and there is nowhere for anyone to have a coffee or sit down and there is so much that could be done to provide Carryduff with the facilities it deserves."

Mark Hanvey, 2013s coach, said he could not understand why Carryduff has received so little sporting investment compared to other areas.

He said: "When we go and play other teams, who have nowhere near the numbers that we do, you can see the level of investment that they have received and it makes you wonder why we are not getting it here.

"We have spent years trying to get improved facilities here and have had nothing and our young people deserve better and shouldn't have to travel out of Carryduff in order to find a pitch to play on in the winter."

The Colts have been campaigning for many years for improved facilities and have been hugely frustrated at the lack of process but assurances have been given by LCC that work on a new 3G pitch will begin at Lough Moss next year.

The club said that while it believes the new development could have been delivered earlier, it warmly welcomes the progress now being made. It will provide vital floodlit training pitches during the winter months and with two footbal pitches will make a huge difference for weekend games.

However, it said that due to the expected continued rapid growth of the club and population increase In the area more will be required.

Laura said: “It is important that the provision of the 3G pitch is seen as the beginning rather than the end. We have established a good working relationship with the council, Department for Communities and our local representatives from across the board and hope that will help deliver even more much needed facilities for Carryduff.”

Lisburn and Castlereagh Council has been contacted for comment.

A year on from the silence, Mirror Football has asked a panel of diversity leaders for their thoughts on what…

Female Football Week is being celebrated in the region.