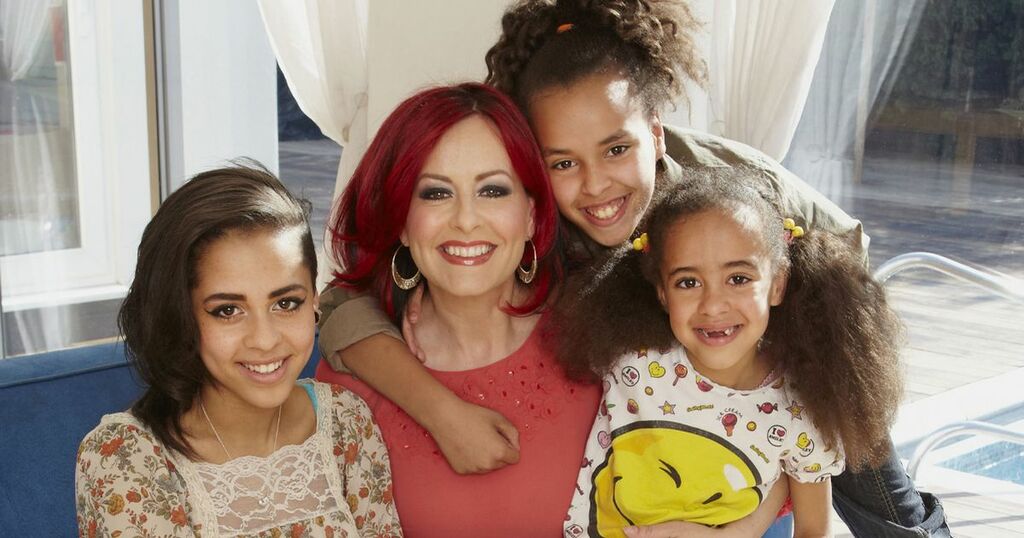 Carrie Grant has told how she took time to 'grieve' after three of her children who were born female came out as non-binary, leaving her 'the only female left in the family'.

The Fame Academy coach, 56, was supportive of her children's decision but admitted she's had to process the change before moving on - together with husband David Grant.

Speaking to The Sunday Times, mum-of-four Carrie said: "At the end of last year there was a moment of me thinking 'Oh, I do not have any daughters any more.

"As a mum I always wanted daughters. I am the only female left in the family. I managed to think, 'OK, I need to grieve that and move on."

And although both parents are supporting their children with their changes, none of them have taken cross-sex hormones at the moment.

The oldest of the couple's children, Olive Gray, 26, and Tylan, 19, both identify as non-binary and use they/them pronouns.

And 15-year-old Arlo identifies as non-binary or a demigirl - a term used for a female but not fully identifying with being a woman.

Tylan, is also autistic and is the first to play an autistic character in hit teen soap Hollyoaks.


In December, Tylan said coming out as non-binary was both their 'biggest achievement' of 2020 and one of the 'biggest transitions in my life'.

And adjusting to the gender changes in her family, Carrie admits she doesn't always get it right and 'misgenders her offspring but quickly apologies and 'moves on'.

Speaking about medical interventions in the future, she said she is keen for her three children to be made aware of the 'pitfalls' before undergoing 'highly complex and potentially lifelong' consequences of treatment.

Carrie and David met when their paths crossed on Fame Academy in 2000s, although David was already known for his role as member of the 1980s funk group Linx.

The pair also have a son Nathan, who they adopted when he was two-years-old.