Carolyn Hitt: 'The essential thing to remember about Facebook is it’s not really about friendship' 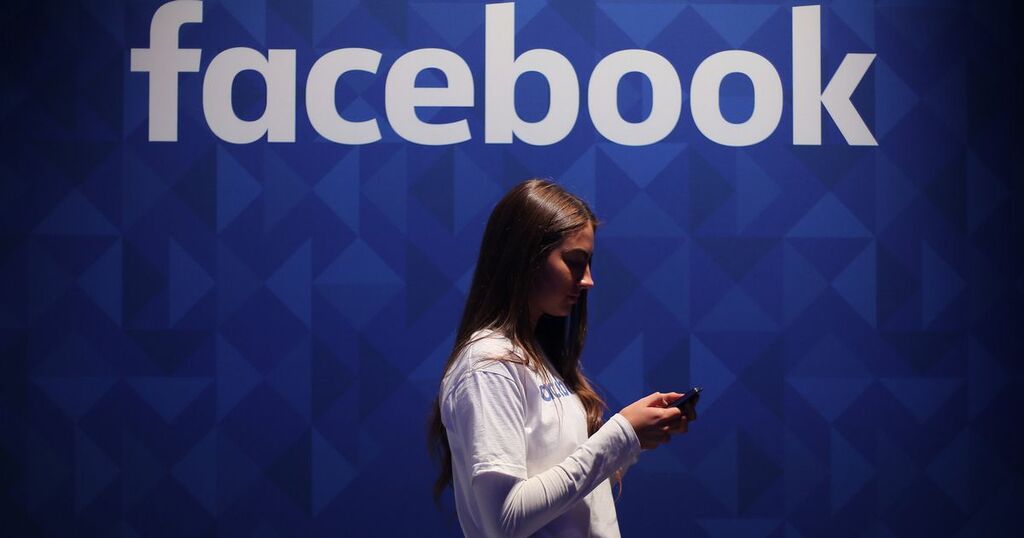 Facebook, WhatsApp and Instagram were down for six hours last Monday night plunging an estimated 3.6 billion people around the world into digital cold turkey.

Social media didn’t fall completely silent, of course, as those terrified at the prospect of not posting a picture of their tea complete with #nomnom hashtag turned to Twitter to express their devastation.

It was quite something to witness the level of alarm at the temporary disappearance of these three apps. Now that we live in a world of constant connectedness, for some it will have felt as if a global life support cable had been yanked out of its socket.

Read more : The worst restaurants, takeaways and other businesses for food hygiene

(Not that everyone seems to be permanently on the grid, however, as events in the Senedd this week proved. One Tory Member made making a mobile phone call from Manchester to the Presiding Officer in Cardiff Bay sound more challenging than sending a message via semaphore from a nineteenth century sailing ship.)

But while tech experts fretted over how an outage of the Facebook and its sister apps magnitude could have happened, was it a blessing in disguise for the rest of us – a six-hour respite from the slack-jawed scrolling that dominates so many daily routines?

I put my hand up here. I’m a smartphone social media addict. My self-esteem – or should that be selfie-esteem – is shored up by the dopamine hit of likes for a Facebook quip, heart emojis on a heavily filtered Insta pic and the ping of pals responding on WhatsApp group chats.

The latter app tried to make light of its unexpected lockdown on Monday night. The WhatsApp Twitter account tweeted: “It’s not you, it’s us.” Framing the incident in the language of relationship breakdown was quite appropriate. The outage may have proved we all – as a Relate counsellor might say - “need some space” from apps that can take up more of our attention than other halves and family members.

What mother has not felt the tyranny of the School Parents WhatsApp group pinging guilt into her pocket through the day from school run to homework? What teen hasn’t felt the pressure of living up to the airbrushed perfection of her celebrity idol pouting on Instagram? And who hasn’t endured the reverse schadenfreude of Facebook, where everyone seems to be living the dream after you’ve had a nightmare day.

Several studies have shown that Facebook makes us miserable. One undertaken by the Happiness Research Institute in Copenhagen claimed that giving up Facebook for even just seven days boosts happiness and reduces anger and feelings of loneliness.

The researchers split 1,095 daily Facebook users aged between 16 and 76 into two groups. Half were given their usual access to the social media site. The other half had Facebook access removed. Those who quit it for a week felt 55% less stressed.

“We look at a lot of data on happiness and one of the things that often comes up is that comparing ourselves to our peers can increase dissatisfaction,” explained Meik Wiking, the chief executive of the Happiness Research Institute. “Facebook is a constant bombardment of everyone else’s great news, but many of us look out of the window and see grey skies and rain” he explained. “This makes the Facebook world, where everyone’s showing their best side, seem even more distortedly bright by contrast, so we wanted to see what happened when users take a break.”

The only way to deal with that “constant bombardment of everyone else’s great news” is to see the entertainment factor in how some people create their own completely over the top personal PR machine with a quite staggering lack of self-awareness. And then they apply it to everything from their kiddie’s elaborate World Book Day costume to their “awesome” supper of avocado on toast.

Indeed you can even play Smug Status Update Bingo. A friend and I often play this on Sunday nights – the best time to peruse a mass outbreak of Facebook bragging as all manner of exciting weekend activities will have been recorded, photographed and filtered for our digital delectation.

My FB drinking game: Drink a glass of Prosecco if you spot any of the following status updates:

As for the “increasing loneliness” charge if we rely on social media for friendship of course we’re going to be lonely. The essential thing to remember about Facebook is it’s not really about friendship. We all know who our real friends are and when we really need them we’re not going to reach out for their help by messaging them on Facebook. Proper mates don’t come with a remove button either. This, after all, is a place where people actively show off about “culling” friends.

Some users describe the catharsis of a clean-out of their online acquaintances as if they’ve jettisoned the clutter under the cwtch rather than human chums. (Of course, if you can actually see their declaration of friendship fung shui there’s the “bang the bell” sensation of knowing you can’t be on the reject list as you can still view their status.)

Friends can be associates in the loosest possible form on Facebook. It always tickles me that people who were vile to me in school send friend requests 30 years later. If you weren’t nice to me when I had Deirdre Barlow specs and double-decker braces we’re not going to be chums now.

And what about the claim that leaving Facebook can “reduce anger”? I can appreciate the ire of irritating opinions. Peruse any comments posted below a WalesOnline or Nation.Cymru story to appreciate Facebook’s blood-pressure raising potential.

“Feminists are rife! It’s getting beyond a joke,” fumes the keyboard warrior while you decide whether to reply by pointing out feminism is simply the belief in gender equality not a variation of Covid. On the subject of infectious diseases, it’s also best to ignore the expletive-laden advice Eileen the Amateur Facebook Epidemiologist is giving to Mark Drakford.

Yet this is said not entirely in jest. Facebook’s capacity for misinformation, fake news and echo chamber manipulation is an extremely serious issue. And the enormity of the reach of this week’s outage – 45 per cent of the world’s population were affected - underlined the grip just three social media platforms have on the hearts and minds of millions of people.

Not to mention their data. Thus far I’ve outlined what is merely irritating about Facebook. Last week, whistleblowers have alerted the world to what is downright sinister about the social network. We use it as online recreation with our intimate circles of friends and family without thought to how the tiny personal details we reveal on this seemingly parochial platform can have the biggest global impact.

Writing in Time magazine, Roger McNamee, a former advisor to Facebook founder Mark Zuckerberg and author of Zucked: Waking up to the Facebook Catastrophe, outlined how the tech giants have created an economy based on “surveillance capitalism.” In this system, human experience and interaction are mined online and converted into saleable data with potentially seismic political and societal consequences.

As McNamee explains: “Everything we do on a smartphone, every financial transaction we make, every trip, every prescription and medical test, every action we take on the Internet or in apps is tracked, and most of it is available for purchase in a data marketplace. Companies throughout the economy use machine learning to look for patterns in this data and artificial intelligence to apply those patterns to improve their business. No one in this process gives a thought to the impact on the human beings affected by their influence and manipulation.Their only goal is to maximize shareholder value."

He continued: “Personal autonomy and democracy are under assault from surveillance capitalism. And yet today’s tech industry is largely unregulated, having emerged in the midst of an era of deregulation and defunding of enforcement agencies. This has allowed techgiants to behave as unelected governments.

"Their communications systems have become central to our way of life, as the impact of this week’s Facebook, Instagram and WhatsApp outage underscores, but they have their thumb on the scale, amplifying content that triggers fear and outrage because doing so maximizes profits. Fear and outrage fuel anger, which undermines democracy.”

Another former Facebook employee gave evidence to the US Senate last week on how the social network is damaging society and how society needs to respond. Frances Haugen, a computer scientist who worked as a Facebook product manager, could not have been more direct: “I believe Facebook’s products harm children, stoke division and weaken our democracy,” she told the hearing, claiming Facebook and Instagram chose to put their “astronomical profits before people.”

Comparing the platform to cigarettes for under-18s, Haugen told senators that Facebook knew it steered young users towards damaging content like anorexia-related material and that it intentionally targets adolescents and children under 13. She also said the company did not have enough staff to keep the platform safe and was “literally fanning” ethnic violence in developing countries” while changes to its News Feed feature made it more polarising and divisive.

The outage has been portrayed as a chance for users of these platforms to reassess our relationship and try a more regular digital detox. But it’s the platforms themselves that need cleansing. The whistleblowers’ warnings underline the onus must be on the tech giants to remove the toxicity of the digital world.

Six hours of silence that affected 3.6 billion people showed the enormity of their influence and how an industry with that mind-blowing reach has escaped regulation for far too long.