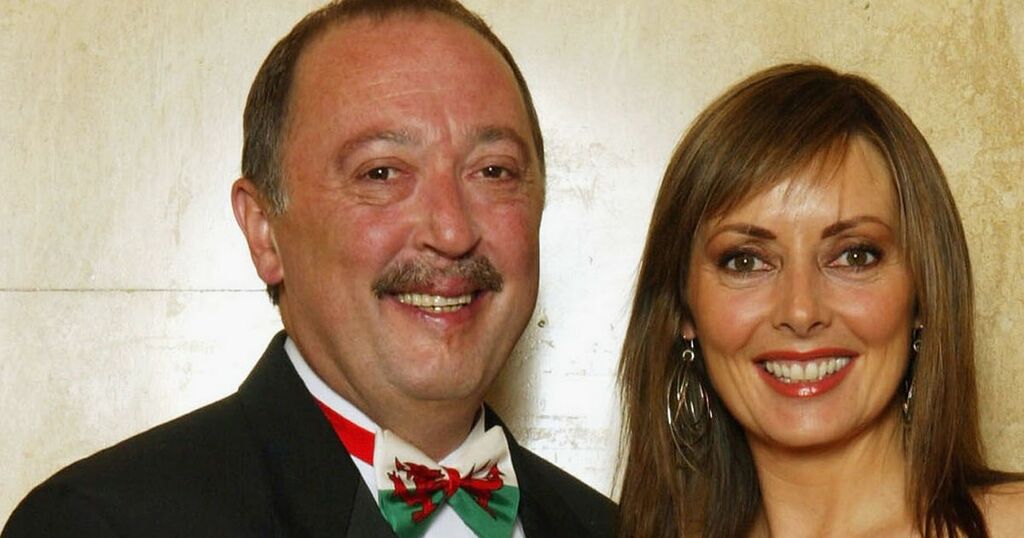 Upset Carol Vorderman battled back the tears as she detailed her brother's torment at the hands of cruel bullies.

Anton, who is eight years older than his famous 60-year-old sister, has suffered vile abuse for having a cleft lip and palate since childhood.

Carol is a longtime supporter of the CLAPA, the Cleft Lip And Palate Association and was left emotional after what she had seen online.

She took to Instagram to share a video of a man called Jonathan, who has a rare genetic condition called Treacher Collins Syndrome.

The TV star explained it tugged on her heartstrings because of what beloved Anton has gone through.

She said: "Jonathan's story is significant to me and my family because of my brother.

"My brother was born in the 1950s with severe cleft lip and palate and over the course of his life had 24 operations on his face.

"He was eight years older than me and didn't like to go out because of how he looked.

"I called him 'my little daddy' because our father had abandoned me, not my brother or sister, he refused to meet me from when I was two weeks old, I don't know why, still to this day."

Carol says he is a remarkable man considering his challenging childhood.

The star was full of admiration for her brother as he talked about what he went through, previously insisting he helped raise her after their parents divorced when they were kids.

She went on: "We were very poor, he was always kind and yet he suffered a lot of abuse because of how he looked and he grew and still is one of the kindest, most generous, funny, loving, successful people I've ever known.

"He is always laughing, he loves people, everybody loves my brother and I suppose the reason I am telling you this, I've been a patron of the Cleft Lip and Palate Association for 20 years and it's not the same in Eastern Europe.

"A number of years ago he found that in Romania, Bulgaria, when babies are born with cleft they are often taken from their mothers and taken to orphanages and that was because they couldn't suck and feed.

"And there's a special way of feeding babies with severe cleft palate. So he set up a charity to train specialists who would then train the mothers."

Struggling to hold back tears, she added: "In the first years they managed to get over 40 babies out of orphanages and back with their mums. It makes me cry."

She then said with her voice breaking: "And THAT is my brother. Born with cleft, 24 operations, suffered because of how he looks and yet he's helped many others. He's WONDERFUL."

The pair appeared on GMB two years ago to tell the world why she is campaigning so hard.

She said: "Anton kind of looked after me.

"Anton taught me how to play chess, we used to go jumbling... this is 1960s, Anton's influence on me was as big as any teacher."

She tweeted about the topic before going on.

"When my brother was growing up with a severe cleft lip and palate I witnessed the cruelty that could be handed out...," she put.

"And that's why I've been the fiercely proud patron for CLAPA for 20 years."