Carlos Correa on Sign-Stealing Allegations: 'Disrespectful Words With No Facts' 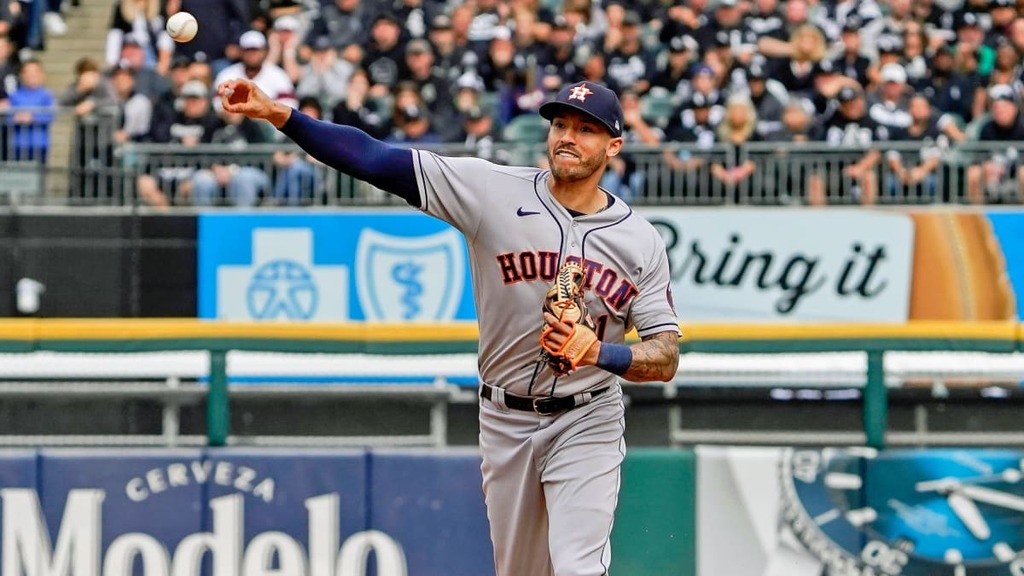 In cruising to a 10-1 victory over the White Sox in Tuesday's Game 4, the Astros secured their fifth straight ALCS appearance, capping off a dominant performance in which they outscored Chicago 31-18 in the series. While their play on the field made a bold statement, it was the discussion off of it that drew plenty of attention.

White Sox reliever Ryan Tepera kicked off the verbal sparring following Chicago's 12-6 win in Game 3, insinuating that Houston didn't hit as well on the road and was doing some "sketchy stuff" during home games at Minute Maid Park. After Tuesday's win, Astros shortstop Carlos Correa had a response for Tepera's allegations.

In his post-game interview with Tom Verducci on the field, Correa called Tepera's comments "disrespectful," and noted Houston's league-best .780 OPS in away games this season.

Tepera declined to mentioned specifics in his comments after Game 3, instead alluding to Houston's infamous sign-stealing scandal that came to light before the start of the 2020 season.

"They've had a reputation of doing some sketchy stuff over there," Tepera told reporters Sunday night. "We can say it's a little bit of a difference. I think you saw the swings and misses tonight compared to the first two games at Minute Maid."