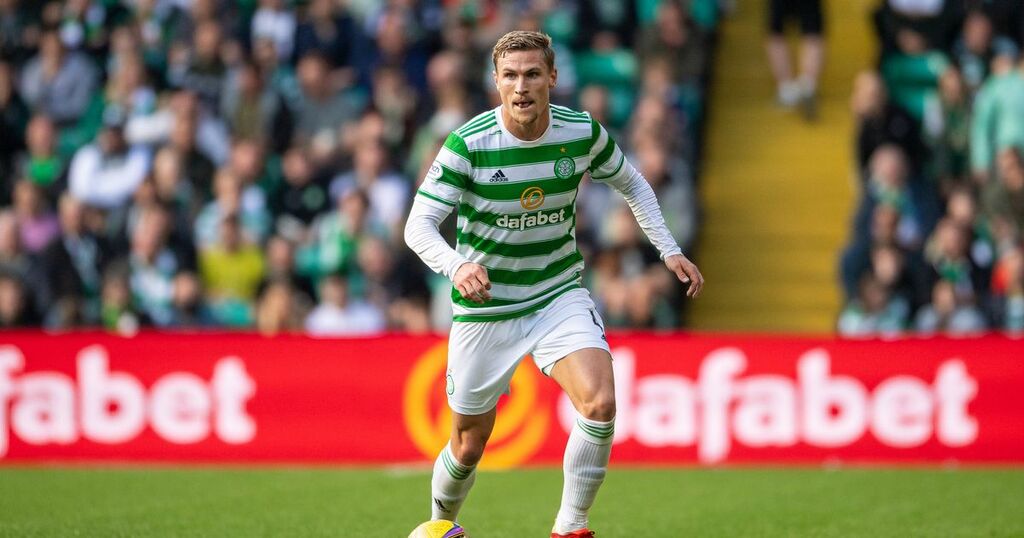 Carl Starfelt insists Celtic will stick to their attacking style as they look to cause a Europa League stir in Seville.

The Hoops kick off their group stage campaign against Real Betis in Spain on Thursday night and they are looking to get off to a flier.

And Starfelt is adamant the Parkhead men will be going all out to beat the La Liga big guns.

Betis have made a stuttering start to their league campaign with just two points from their opening three games, including a 1-0 defeat to Real Madrid and draws with Mallorca and Cadiz.

But the Andalusia side did thump Roma 5-2 in pre-season and will be a huge test for Ange Postecoglou’s new look Celtic side.

Starfelt insisted the Hoops won’t take a backward step though as they will take the game to the Spaniards.

The Swedish star said: “I feel like we have a very clear way of playing and the coach is very clear in how he wants us to play.

“So everyone knows what we want to do. We will go and perform our best and see how far it will take us.

“We know it’s going to be very tough but we also believe in ourselves so we will see.

“It’s important how we want to play this game, what we want to do on the pitch.

“It’s the first game in the group, it’s obviously a very tough game so we will go and try to win and play our football and see where it takes us.

“It’s a very big game there. There are tough games in a tough group.

“But they will also be fun games so we’ll go and play our football.”

Starfelt admitted manager Postecoglou won’t let his men go out and play any other way – and he’s fully on board.

He said: “He’s a great leader and he knows what he wants and he’s very clear about that.

“It’s very important the coach is very clear with the way he wants to play so we know what we have to do when we go out onto the pitch.

“So far he’s been very clear to all the players.”

Starfelt admitted he had no idea about Celtic’s history in Seville – but he’s planning to swot up.

The Spanish city has a special place in the hearts of Hoops fans after more than 80,000 made the pilgrimage for the UEFA Cup Final in 2003.

Celtic’s glory run was agonisingly ended by Porto 18 years ago but Starfelt is hoping to make it a European night to remember on their return this time.

He said: “I haven’t talked too much about that (UEFA Cup Final) but I will look into it some more!

“None of the players have mentioned this yet because all of the focus was on the Ross County game.

“Maybe I will hear something soon.

“Every player wants to play in Europe and play these big games.

“I’ve had some European nights at Celtic Park in the qualifiers already and I know the atmosphere is absolutely amazing.

“They’re fun games but very challenging games too so I can’t wait.”

Postecoglou is sweating on the fitness of Greg Taylor after the full back suffered a recurrence of the shoulder injury picked up against AZ Alkmaar last month in Saturday’s 3-0 win against Ross County.

It is hoped he could be patched up but skipper Callum McGregor is expected to be fit after being taken off as a precaution while new recruit Giorgos Giakoumakis is building fitness after missing a chunk of pre-season.

Starfelt insisted Celts are going to Spain in good shape on the back of the hard-fought victory against the stubborn Staggies.

He said: “It wasn’t the easiest game but it’s nice we kept going even though we didn’t get the results in the first half.

That’s a positive and we can take that with us in the coming games.”